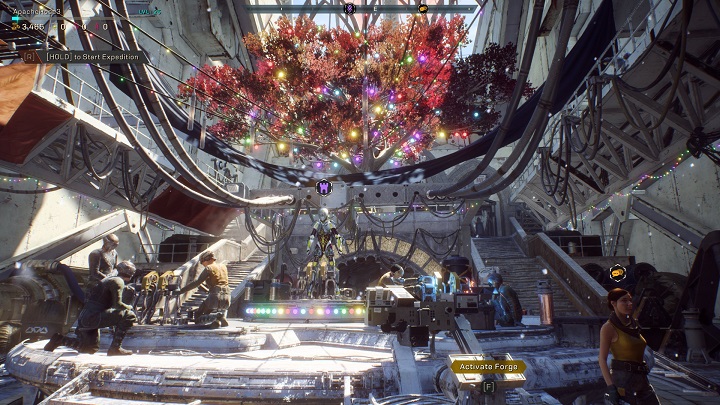 Screenshot taken by Sam Loveridge, editor in chief of GamesRadar

Despite quite a loud start, Anthem failed to keep users' attention for longer. After the initial interest in the title, the number of players dropped dramatically, to the point where it was difficult for those still in the game to find companions to play together. The blame for this can be placed on errors accompanying the game, but above all on the repetitive gameplay. BioWare quickly withdrew from its ambitious roadmap for the game and focused on patching it up. However, it is to early to speak of Anthem's death, especially since gains new players (at least on paper) and has recently experienced a small rebirth. Undoubtedly, the game owes that to the Christmas promotions and the title's apperance in Origin Access and EA Access, as well as lazy beginning of the year on the industry, which did not abound in AAA titles.

Although the announcement of Anthem's death is still premature (although not far from the truth), the game is hardly in good condition. The devs seem to habe forgotten about the game, as no major updates have been introduced recently. This was noticed by Sam Loveridge - editor-in-chief of GamesRadar - on her Twitter account.

A symptom of the game's condition are Christmas decorations left hanging in the game in February. To be specific, this means that the Icetide event was extended, although according to the original schedule is should already be over. Everyone knows someone who hasn't been taking off their Christmas decorations for far too long. However, even the greatest Christmas enthusiasts must admit that in February, with Valentine's Day right behind the corner, it would be a good idea to put them back in the closet.

Ironically, this doesn't have to be something bad. If the reports from a few months ago turn out to be true, the developers are now working on a complete reworking of the game. In this context, stagnation may be good and indicate that all forces are directed towards this project. As the example of the Cataclysm event has shown, new content without any cover in interesting mechanics and gameplay changes is not what the gamers expect, and only a drastic revolution can do the game any good.