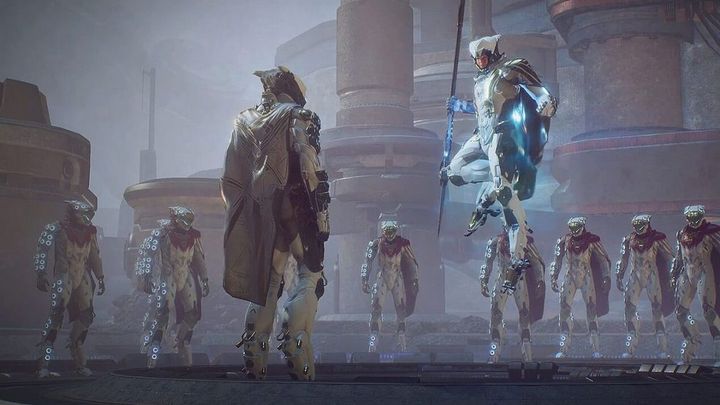 Anthem - the online shooter from the Canadian studio BioWare - finally received the delayed update 1.3.0, which adds the event called Cataclysm to the title. It is to be an event offering end game content, i.e. for users with high levels of experience and developed exoskeletons. Also available is a trailer, which summarizes the plot and basic premiese of cataclysms.

Cataclysm is a timed event where we go to an island torn by a powerful storm to fight enemies and take control of sections of the terrain. In doing so, we receive points that allow us to win better rewards after defeating the boss (these are crystals that can be used to buy equipment). There is an option to enter the battle with the "big bad" immediately, but then we will get correspondingly less of the aforementioned currency. In the game you will also find a scoreboard, which allows us to check how our group did well against the others. More information about the Cataclysm event can be found in our news from the end of May.

It is worth noting that with the update, developers have also released a mobile application that allows us to talk with members of our guild (there have also been changes in the alliance system, so that the efforts of people gathered in the guild are taken into account when calculating "social" awards). The game has also implemented close combat (each Javelin has access to two variants of relevant weapons).

Anthem debuted on February 22, this year on PC, PlayStation 4 and Xbox One. The game was coldly received by critics.