There's been a plot twist in the world of Apex Legends. Remember last week's announcement of the new character of this popular battle royale online game, the former MMA fighter and five-time Hyperfighting Federation champion Jimmie "Forge" McCormick? Well, he probably won't appear in the title after all, because he's already... dead. The whole situation can be seen on the following animated teaser, stylized as a TV interview, which made its debut online.

However, what sparks the emotions of Apex Legends lovers the most is the "person" of Forge's killer. It's no one else than Revenant, the robot asssassin. He appeared in leaks about the character who would soon appear in the title. Fans even discovered soundtracks containing his voice in the game files. The recent official presentation of the upcoming update has cut the speculation short, obviously, but some people, leaning for example on the shape that appeared on the background of the official game blog, still believed that the whole action with Forge is a "fake". Apparently, they were right. 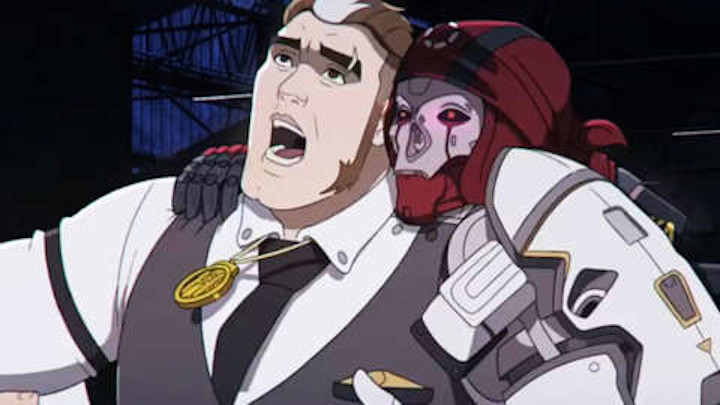 This is how Forge's life ended.

Although Respawn still hasn't officially confirmed that Revenant will actually be the new character of Apex Legends, its latest developments leave no doubt about that. The following message appears on the main title page:

Never defeated (except for that one time).

Meanwhile, Drew McCoy, one of the team members working on the title, just after the release of the above teaser, wrote on Twitter:

"Leaks are the absolute worst. I've never worked on a single project where it was purposeful or wanted.

We spend insane amounts of time and energy to create cool surprises. Really sucks when someone wants internet points bad enough to ruin that."

So, as you can see, the team at Respawn was very determined to prepare some surprise for Apex Legends players. Thanks to "Operation Forge", at least in part they succeeded.

The fourth season of Apex Legends competition, titled Assimilation, will start on February 4. With the upcoming update, in addition to a new hero, new weapons and a new ranked mode will be added to the game. For more details, please see this message.