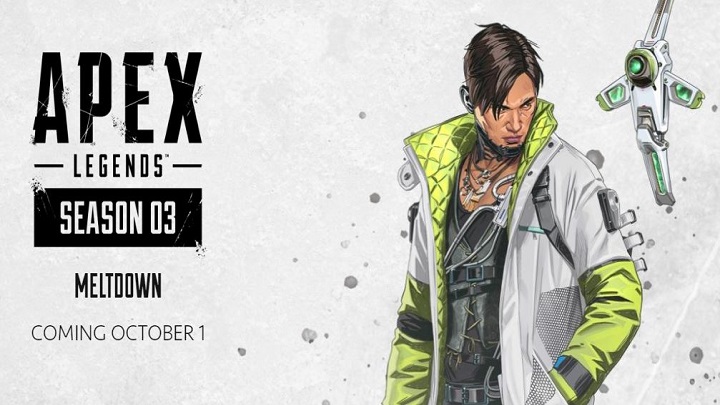 The new season is also a new Legend in Apex Legends.

The new, season 03 in Apex Legends will start on October 1, and with it a few new items will be introduced to the game. In addition to the appearance of fresh Legend, weapon and battle pass, the 2nd series of the ranking league will also start, and the players will receive small prizes for the ranks earned in the previous league.

The new character will be Crypto, which the players could hear about at the end of August due to leaks. According to them, he will operate a drone that can hack doors or even collect items. In addition, allies will be able to see what the drone is scanning within a 30-meter radius, and Crypto's ultimate will deal damage to enemies, destroy their shields, and deactivate nearby traps. You can watch the animated trailer of the new character below. A new energy weapon, Charge Rifle, will also be launched in Apex Legends.

In addition to the standard stuff from the season pass that enables the players to unlock more than 100 exclusive items such as legendary skins, users will also be rewarded for participating in the first series of the league ranking in Apex Legends. With the season 03, the next installment of the competition will start, and at the beginning of the season the rank of players will be reduced by 1.5 tier.

The system of ranking points will be changed - from now on more points will be awarded for matches, but participation in the game will also mean higher costs. It is also worth noting that the frag counter will also include assists.

When it comes to the ranking ladders, from the upcoming season they will be divided into platforms, and the players will no longer be able to see the number of their points, only the exact position in the ranking. There will also be penalties for the players that leave matches. Detailed information about the second series of the ranking league can be found here.