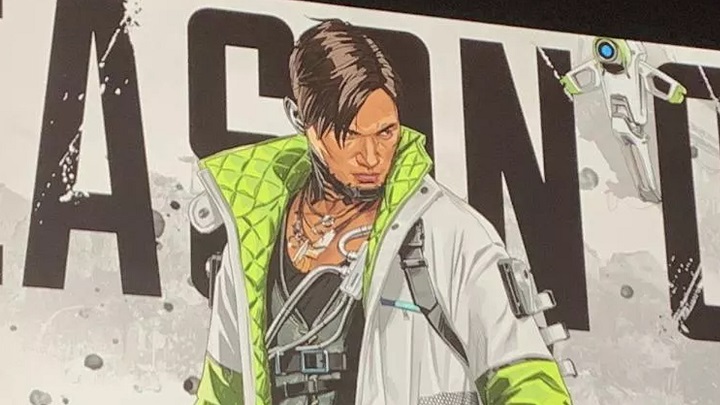 Crypto - a new legend who will most likely appear in the third season.

So far one new legend has appeared with each new season of Apex Legends. However, it turns out that Respawn Entertainment has a lot more to offer. The game files contain information about as much as 14 new characters, most likely prepared by the creators as we write this message.

Youtuber "Drift0r" discussed them in one of the videos on his channel. In addition to new legends, the files also contain information about upcoming modes in Apex Legends. New currency, commentators, personalization options and creature data are just some of what the creators are hiding from us.

In the information about the new legends we will find their names and skills, but at first glance we can see that some of them are still in the early stages of testing - some heroes have much more abilities than it is possible, and in addition, they seem too powerful to be apperar in the game at all.

Particularly noteworthy is the hero Blackout, whose skill would allow him to move between walls, or Hisaria, which will have shotguns attached to her legs, allowing you to blow down doors and deal damage to enemies. Among the legends there is also Crypto, about which the players learned quite recently due to a few leaks. The rest of the details can be found in the video below, but remember that none of them have been officially confirmed by Respawn.