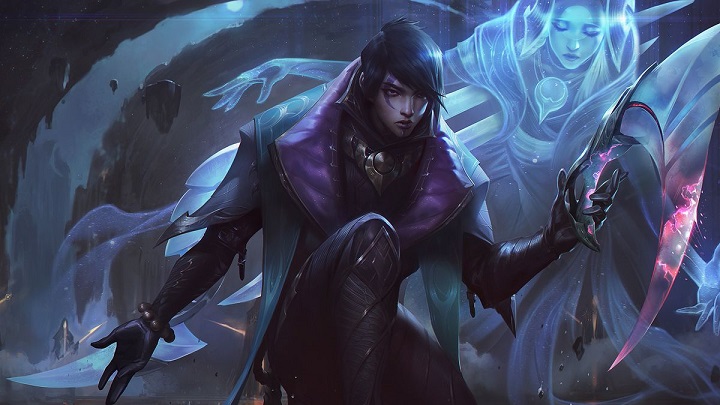 A unique character will appear in League of Legends. Aphelios, who will appear on the official servers on December 11, this year, will have five unique weapons and will be able to use dozens of different skills. His complex mechanics required the devs to create a special interface in the game. The devs predict that it will be the character with the lowest victory rate in the release period (and probably also afterward) because it will take the players a long time to learn how he works in general.

For those of you who play LoL, I will first point you to the official presentation of the hero, because it is there that you will find detailed information about him. The lecture is hard and in order to understand all aspects, you will have to read it several times, but I assure you it's worth it. For those who haven't played the game, I will try to briefly explain what will be playing with Aphelios look like.

His mechanics will be based on the five weapons he uses - Rifle, Scythe Pistol, Cannon, Flamethrower, and Chakram. Each of them will provide him with different basic attacks and different skill actions. Most importantly, Aphelios will be able to switch between two of the weapons at any time from the very beginning of the game, but will only gain access to subsequent ones after he uses up all ammunition for one of his current weapons. This will require the players to adapt to what kind of arsenal they will have at their disposal and to know all possible combinations and skills. 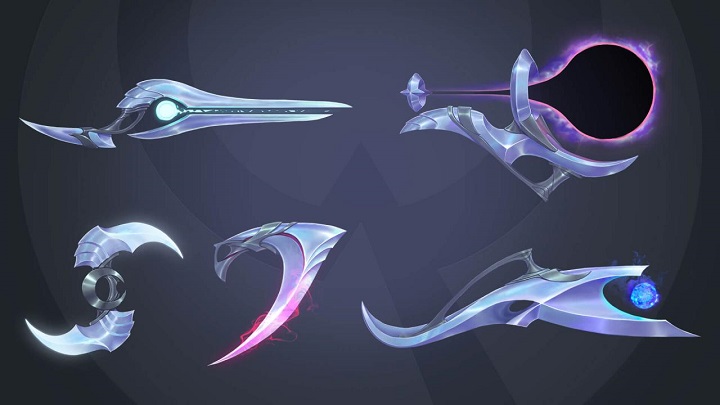 What's more, Aphelios's abilities will improve automatically with each level-up (normally you have to spend skill points on it). As compensation, the player will be given the option to improve selected basic hero statistics (attack damage, attack speed, and armor penetration bonus). It is also worth noting, that this unconventional hero has been deprived of an ability that is usually found under the E key. This leaves him with only three (Q, W, and R) of which one is used only to switch weapons. However, this does not change the fact that due to the different available weapons and their combinations, Aphelios has the largest arsenal of skills in the history of the game. Below you can also see his special interface. 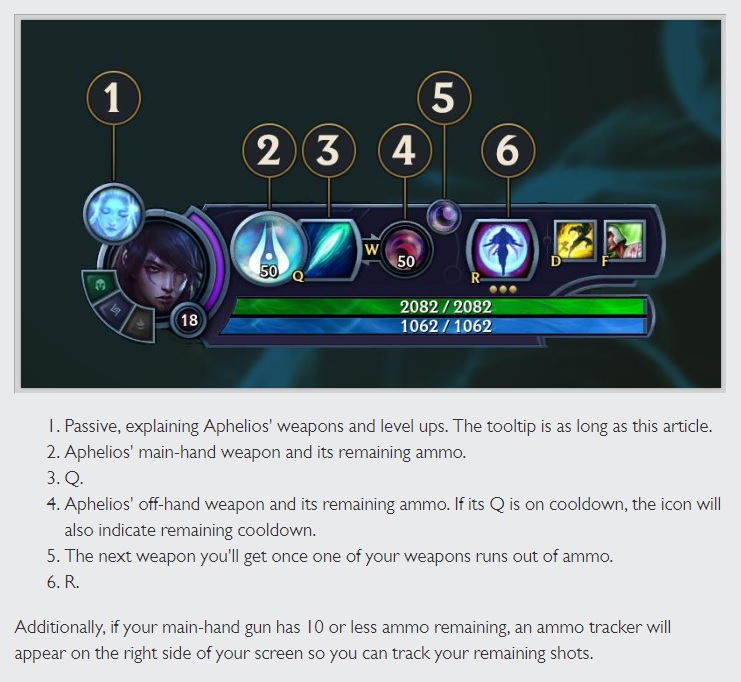 Aphelios' interface in League of Legends.

Also story- and design-wise, Aphelios seems to be extremely interesting. The hero drinks poison at the beginning of each game in order to mentally connect with his twin sister Alune, which also means he remains silent throughout the entire match. The poison gives him special powers, but it also tightens his throat and makes him unable to speak. Alune is the one who directs her brother's actions and it is her we will be able to hear in the game.

You can read more about this hero and his initial concepts in this article. His creation and introduction is undoubtedly a big experiment, but it also shows how creative video game designers can be. Whether Aphelios will win the hearts of players will be known in just over two weeks. We will also see who will pick up the gauntlet and try to master him. There will probably be many people willing to do it, and as one of the LoL's commentators, who have already had the opportunity to play the new hero, joked, the one who will "master" Aphelios will also be the one who will take us to Mars.