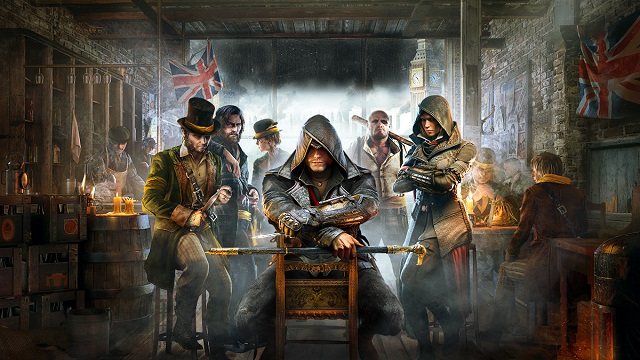 Just as Ubisoft promised earlier, there has been an announcement of Assassins Creed: Syndicate for Xbox One, PlayStation 4 and PCs. We have already seen the game, and we had the chance to talk to Marc-Alexis Côté  the creative director of Ubisoft Quebec. The full interview is published at the bottom of this news, but if you do not want to read into it carefully  we highlighted few crucial information for you. First of all, we have some bad news for PC users. It seems that the game will launch on PC in autumn after the console release on the 23rd of October. Thanks to this, the studio wants to avoid all the past mistakes, which  generally  is a smart move; however, its a pity that PC gamers need to wait longer. Again.

When it comes to the game itself, the story takes place in 1868 in London. Thanks to the industrial revolution, the lives of many people has changed  not necessarily for the better. In case of British workers, the future doesnt look too bright. The fruits of their labor end up almost completely in the hands of the richest people, which leads to general poverty. As a result of that, lower social classes went underground and created gangs fighting for the lives of the poorest citizens of London. The struggle is supported by the assassins  Jacob Frye and his sister Evie will be our playable characters. 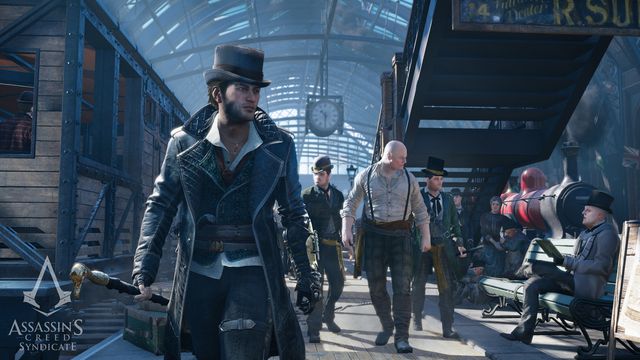 The gameplay itself will be similar to the one that we could see in the previous installment of the game. However, there will be new weapons (a walking stick with a sword, a khukuri knife and brass knuckles) and gadgets (an arrow with a rope) that our characters will be able to use. Multiplayer will not be present in Assassins Creed: Syndicate. Ubisoft abandons not only the classic competitive game modes, which were already absent in Unity, but also the co-op missions. Moreover, there will be no companion app, because all the effort in the entire team worldwide is focused on the single-player experience.

The creative director of Ubisoft Quebec also revealed some details concerning day-night cycle, combat system and the second character  Evie. Playing with the female character is supposed to be radically different from how you play with Jacob, but we still need to wait for more details. All the other interesting information can be found in the interview below.

This is the first big game in the series that is not made by Ubisoft Montreal. What's the purpose of this change, and what are you going to do differently?

Marc-Alexis Côté, Ubisoft Quebec's creative director: Well, I think it's a very exciting moment, a moment, that we've been preparing for for many years. I've had the chance to work on the franchise since Assassin's Creed: Brotherhood, and what I think our studio can bring is a different perspective on things. You know, since the beginning of Assassin's Creed, we've been working on more  exotic missions, stuff like Leonardo Flying Machine, Leonardo missions, all the  exotic stuff. So we like to do some over the top stuff, that we're trying to bring into this experience, make the experience feel less controlled for players, as I mentioned earlier, and let them just have fun and enjoy the world.

Ubisoft Quebec didn't play the big part in Unity, but you, as a company, have to have some conclusions after Unity and the problems it had. What are they?

You know, Assassin's Creed: Unity is the only game in franchise I did not work on, so for me it's more difficult to comment on it. I think we've talked a lot about it as a company, and we've tried, we've done a lot to improve the game after it was launched, but the thing that's for sure is that we want to have more focused developement experience. We're focusing on bringing the single player experience to our players. So we're all, all the nine studios working on this, driven by making a great game for our players.

Someone from the team said that you're making this game for two years now. Im just wondering, isn't it a little short period for a game of this caliber?

It's two years to date. So we'll have worked on it for over two years once we release it. But you also have to understand that we build on the shoulders of those who preceeded us. We've got an incredible engine, and we've got a great team with a lot of people, one of the biggest teams in the industry, all driven by people with passion, that want to bring this experience to life. And when we say two years, it's two years of production, but all the things we've done before, the concepts, the ideas There is a lot of work we don't count to that.

In case of Unity, one of the versions, the PC version, was made by Ubisoft Kiev and it had a lot of problems. Is it the same deal with Syndicate?

Well, what you'll see this year is that we're releasing the PC game later than the Xbox One and PS4 versions, to really make sure that we provide the best experience for our PC gamers.

And are you planning on bringing some kind of companion app for Syndicate? Because it didn't work too well with Unity.

The answer to this question is  no, because all the work, all the effort in the entire team worldwide is focused on the single-player experience.

Again, no co-op missions, because we're all focusing on single-player experience.

Well, you'll see more of the present day in Assassin's Creed: Syndicate, but you have to wait until the summer, as we will reveal more later on.

And Helix Rifts, are those coming back?

That's a good question, and again, you'll learn more later on, I'm not answering anything regarding the Rifts.

Ah, you're an attentive viewer (laughter). So yes, this is something that we're bringing back, full time of day, we let the clock run for the players. Again, I want the players to lose themselves in the experience, and since this is an open-world game, it's really important to bring back this full day-night cycle.

You said that there will be children in the game. What is their role?

So they're players ally. One of the activities that we have is liberating children from Templar Factories that are under the control of the Blighters, and once you liberate and shelter them, they become available so that you can recruit them to do crowd relations and gather information. So you can tell children:  go play football over there and it will create a traffic jam. You can use the children in different ways to create distractions for the guards. They'll jump around the police and constrain their movement. It's a lot of fun: the voice-overs for children, when they're poking on the guards I could listen to that for hours (laughter).

Speaking of activities: in Unity there were Murder Mysteries, and now you have this amazing opportunity with Conan Doyle, Jack The Ripper, so Is there something like that planned for Syndicate?

You'll have to stay tuned (laughter). We'll have historical characters, and the historical characters that we're revealing today are Charles Darwin, that you've seen in trailer; you'll have Charles Dickens as well. Charles Dickens will have a lot to say, also about this mysteries that you refer to, so he's going to be an interesting character, but I hope you'll stay tuned through the summer, when we'll have more to reveal.

I figured out the climbing is pretty similar to Unity  thanks, because it was actually great  but what about the fighting? There were fans of the fighting system in Unity, but a lot of players didn't like it because it was  too difficult.

Well, in terms of challenge we're keeping the same philosophy as with Unity. We want the fight to be challenging for the players. If the fight isn't challenging, there's no purpose for stealth, it's like  why would you choose stealth if you can just mow through the enemies? So we're keeping this philosophy, because I think it's a good philosophy. What we're doing with fight is bringing the players closer together, making the fight more responsive. So the fight in Assassin's Creed: Syndicate is more about controlling the crowd. Enemies will no longer wait for their turn to attack yo - they'll sometimes attack one after another. So you'll have to stun one, jump on another one and stun him  or her  as well, and move around the crowd like this until you dispatch all the enemies. You'll also have to be very careful not to attract too many enemies at once, because it's going to make the fight really much more challenging.

And the last question: you said two heroes. Will Evie have some different abilities than Jacob?

Yes, she's a different character, and we'll reveal more later. This time we're focusing on Jacob, but those two characters are different in the way that they play, and we'll tell you exactly how later on this summer. The reason for this is that we wanted to talk about Evie, when we'll have gameplay with her, not just claim that she's different.

Tom Clancy's The Division Will Debut In 2016 Q1