As every week, Thursday brings new free productions on Epic Games Store. Users are able to download Assassin's Creed Syndicate and the card game Faeria. You can add both games to your collection until February 27, after which they will be replaced by InnerSpace 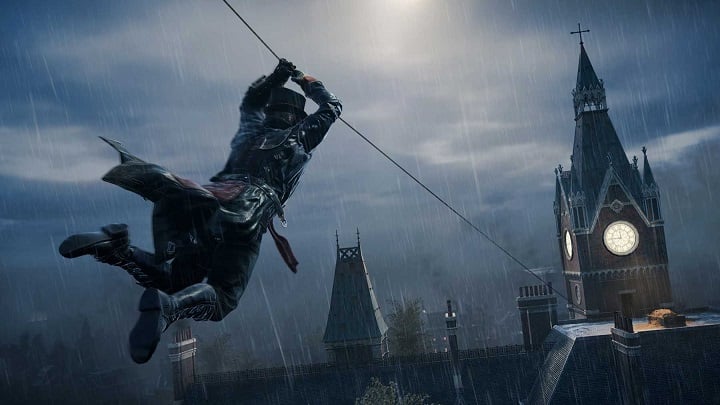 Assassins aren't cheap, but on Epic Games Store you can get them for free.

Assassins' Creed Syndicate is the ninth installment of the Assassins' Creed series, and at the same time the last classic major entry in the series. In the game we go to London, during the second half of the 19th century and find out about all the "opportunities" of the industrial revolution, such as the exploitation of workers by entrepreneurs. In this gloomy reality, the Assassins of that time are active, including the young Jacob Frye, who was entrusted with the task of launching a great uprising against oppression and thus declaring war on the Templars.

The gameplay in Syndicate follows the classic scheme of the series, significantly changed in Assassin's Creed Origins. We have free TPP exploration of a living city, combat and stealth elements, which are nevertheless an integral part of the series. Of course, the new era has translated into some changes. New weapons (including firearms) have been put at our disposal, and we can "borrow" cars circulating in the streets for a ride. On top of that, there are two protagonists (Jacob is accompanied by his sister Evie), gang management and, of course, a faithful reproduction of Victorian London.

The production was warmly welcomed, although reviewers complained about the lack of major changes and not very exciting combat as well as a lot of bugs and issues. Fortunately, most of the latter were eliminated in subsequent patches. 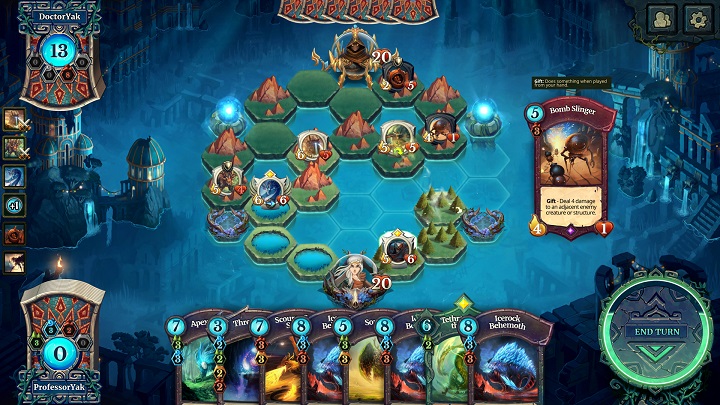 From gloomy 19th century London we move to a colourful fantasy land.

Faeria is a much less known, but undoubtedly intriguing production. The action of the title is set in a fantasy world inhabited by many intelligent races, and we can learn their stories, and that of the whole land, during the game. The gameplay is a combination of card game mechanics with strategy elements in the vein of Heroes of Might & Magic. The battles take place on hexagon grids, which we fill up by playing cards from our folded deck full of spells and heroes. You should also pay attention to the type of terrain. Playing can have different effects on land, water, etc., and some cards can even change the battlefield. We can have fun both alone and in competition with other players.

Faeria debuted on March 8, 2017 on Steam and Android mobile devices, and a little later also on iOS. The title did not gain much fame, but it was appreciated by critics (average score of 81/100 out of 9 texts collected by Metacritic) and Steam users (88% positive opinions with over 900 reviews).