Swen Vincke from Larian Studios presented one and a half-hour gameplay from Baldur's Gate III. Unlike the first stream, this time the audience could influence the course of the game. Thanks to this, on the video below we can see, among other things, goblins kissing the feet of one of the main character's companions or take a look at what the Underdark will look like in the game.

Before we invite you to the screening, we remind that the game will (or at least should) be available in Early Access in August, this year. As for the following video, the actual show starts in the 21st minute.

Apart from completely new locations and a character created from scratch (and not chosen from among a few predefined options), two interesting facts were also visible during the presentation. As it turns out, over the past months the project has undergone some changes - not only the turn-based combat system has been slightly modified, but also the dialogues. Moreover, for a large part of the show Vincke placed the camera lower than before, which allowed for a close look at the elements of the game world.

The above video also proves that Baldur's Gate III will provide us with a way out of every situation. If we fail a sneaking test, we can save ourselves with a different skill... provided, of course, that we pass a relevant skill test. If we fail, we will often be able to try again, but with a different ability. So it seems that in many moments combat will be the last resort in the third installment of Baldur's Gate.

As for the aforementioned Underdark - unfortunately, the character of Larian Studios' "head" hasn't been there for too long, because the creatures living in the place literally turned it into dust. Another thing is that Vincke decided to go there by himself - the fate of his hero would probably have been different if he had sent a whole party. 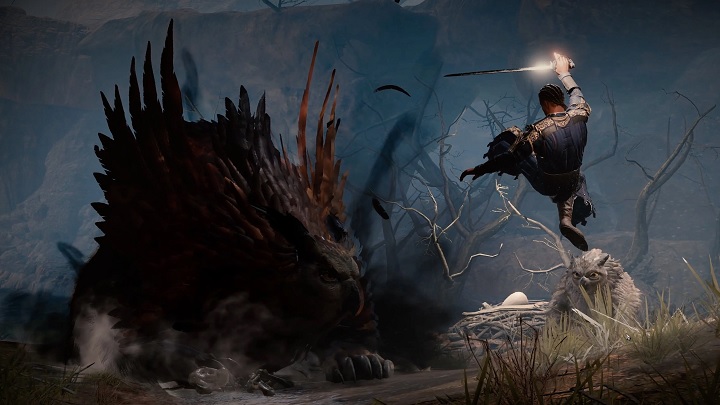 In Baldur's Gate III we won't always have to grab our sword. Though beasts like the one in the picture above are unlikely to be willing to negotiate.
video gamesgameplays Larian Studios RPG Baldur's Gate (franchise) PC

Catwoman Praises the „Phenomenal” Script of The Batman