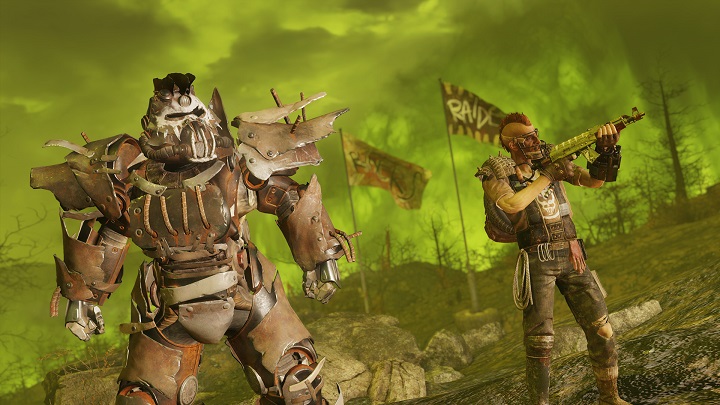 It seems that Fallout 76 players want more PvE content.
IN A NUTSHELL:

On April 7, 2020, Wastelanders a large free expansion for Fallout 76 will make its debut. At the same time, the game will be released on Steam. The expansion will introduce many changes - the most important of them will be a new story campaign, which will populate the Appalachia with NPCs, forming various factions fighting for control over the entire region. Players will be able to interact with the NPCs using a classic dialogue system.

Westlanders seems to be an attempt by the creators to take a completely different direction than they planned when the game was released. Now the emphasis will be on PvE content, as it turns out that a significant part of the community prefers it to PvP. Bethesda's Pete Hines even believes that developers simply did not understand their audience before, and are only now drawing the right conclusions (via USgamer).

"At the end of the day, our intention was always, we're going to put this out there, see what folks think, and then cater the stuff that we do later to their reaction. So, for example, I think we were a little surprised how few people wanted to take part in PvP and how many more they were interested in PvE together."

Hines also pointed out that the Wastelanders expansion is just the beginning of support and new content for Fallout 76. The creators have plans for more attractions (which will be released this year), but before they start talking about them, they want to fully take care of the release of the latest DLC, which is slated for launch on April 7, on PC, PlayStation 4 and Xbox One. It is also worth mentioning that a few days ago at the PAX East 2020 event a 17-minute gameplay from Wastelanders was shown. You can watch it below.