Just over a month before the release of Wastelanders, the major update to Fallout 76, which will introduce, among other things, long-awaited human NPCs, Bethesda Softworks decided to present the new dialogue system. It will be so important, as conversations are to play a key role in the adventure awaiting us.

Let's start with the fact that unlike in Fallout 4, this time we will get a full preview of the lines spoken by our character. Moreover, the creators will enable us to look at the history of the conversation (which can be switched off) at any time, change the position of the camera or skip some lines spoken by our interlocutors. 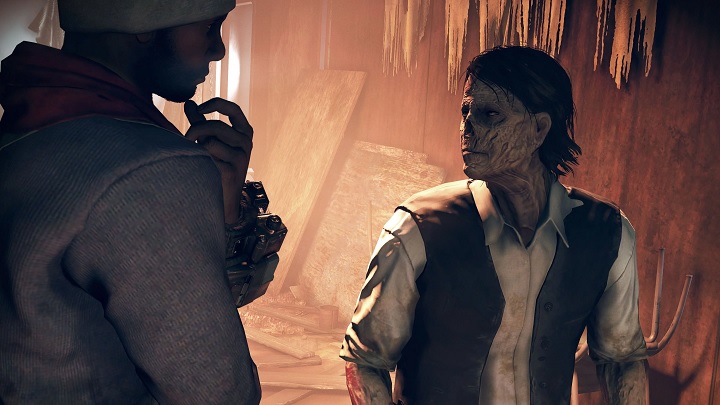 With the Wastelanders update the Appallachian wasteland will be slightly less... empty.

The introduction of NPCs will open completely new possibilities (for Fallout 76 standards). For example, the game will feature a lot of decision-making; in this way we will not only build alliances but also discover alternative ways to solve some problems. Our choices will also determine the way we will be perceived by the Settlers or the Invaders, i.e. the representatives of the two feuding factions that will try to settle and subjugate Appallachia. Another thing is that in order to use some dialog lines we will need statistics at a certain level, such as charisma or luck.

What's interesting, the developers decided to work on the NPCs already present in the game (like Rose or MODUS), who have received new dialogue lines. However, the tasks they commission will remain unchanged from the original. 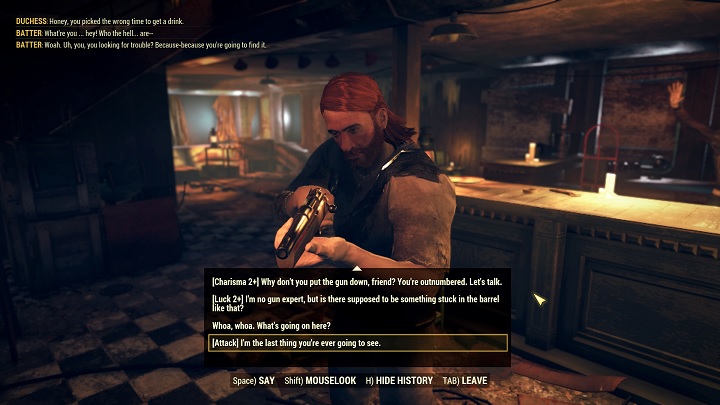 Good or Evil? The problems encountered during the new adventure will be solved in various ways.

The Wastelanders update will be made available to all owners of Fallout 76 on March 7. On the same day the game will also debut on Steam, details of which can be found in our earlier news. Finally, it is worth adding that from today to Monday (i.e. March 2), Fallout 76 will offer double the experience for all activities, regardless of the chosen game mode.