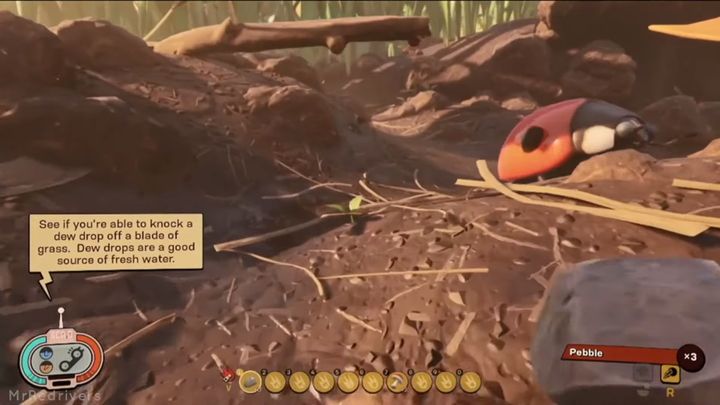 During the PAX East 2020 industry event in Boston, Obsidian Entertainment presented the first gameplay from its upcoming production - the online survival game Grounded, in which we play the role of donwsized people trying to survive in unusual conditions. The material lasts fifteen minutes and is accompanied by a commentary from the developers (a short Q&A session). You'll find it below.

The material presents the basics of the game. The hero moves around the map collecting various kinds of materials and occasionally encountering an ant or a ladybug, which are impressive (for them) in size and which in some cases they have to fight against. We also see the basics of the crafting system (it looks very similar to other productions of this type).

Some interesting information also appears in the answers to the questions. For example, it seems that the action of Grounded will start in... our character's garden (although later on we'll also be in visiting other places, because the developers don't want monotony to creep into the game). We also found out that plants such as grass or mushrooms will grow back, so we will use them as a source of useful material many times. The game will also support cross-play (it will enable us to play with the owners of another platform).

Grounded is coming to PC and Xbox One. This year the game will be released in early access. The title will also be available as part of the Xbox Game Pass service.