It's been years since the memorable announcement of the sequel to Beyond Good & Evil, and yet the game's debut still seems as far away as it did before the project was officially revealed. Admittedly recent announcements from Ubisoft have allayed concerns about the project's cancellation, but how much longer will we have to wait for it?

Beyond Good & Evil 2 after revision?

Apparently, the answer is: very long. At least that's what Tom Henderson claims in an article for eXputer. The sources of this well-known informant claim that the release of Beyond Good Evil 2 is at least two years away.

Back in July, Henderson received not only screenshots, but also gameplay footage. The insider was unable to share them with the world, but hinted that these materials show a game clearly less "complete" than the official 2018 gameplay might have suggested.

The journalist's sources confirm these conclusions. In their opinion Beyond Good & Evil 2 looks like a game "years away" from release, and some were unsure about the "direction" in which the title is heading. 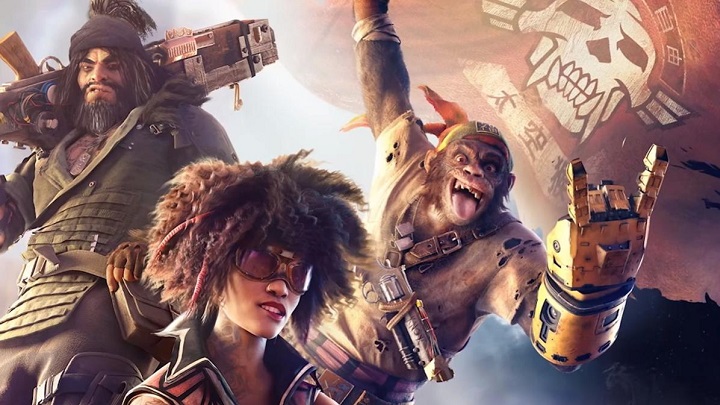 Five years after its announcement, the sequel to Beyond Good & Evil still won't hit the fan.

All this points to a project that suffered at least one revision or reboot during development. In fact, this is not surprising in the context of recent announcements. Suffice it to mention that barely a week ago Sarah Arellano - the narrative designer of World of Warcraft - announced that she has become the lead writer for BG&E2. Apparently, there's also a bit left to be worked out in the storyline.

Nonetheless, it looks like the project - while still far from completion - is beginning to take shape. Henderson recently reported on the start of external testing of Beyond Good & Evil 2. It was their participants who provided the journalist with the materials.

It is possible that these tests herald some official news of Beyond Good & Evil 2. On September 10, this year's edition of the Ubisoft Forward show will take place, where the French publisher will share information on upcoming projects. Will this include a demonstration of the new BG&E? We will find out next month.