Just a few days ago we informed you about industry leaker Jeff Grubb revealing Electronic Arts' plans for a sandbox single-player game starring Black Panther. As it turns out, this may not be the only Marvel-licensed single-player title EA is working on.. At least, that's what the aforementioned insider believes, kindling the hopes of gamers (you can watch a video with his statement here).

While Grubb rekindled the flame in the hearts of superhero fans, another well-known industry journalist -. Tom Henderson - caused a real fire with his commentary. He addressed Grubb's revelations via Twitter, adding that the aforementioned mysterious game from EA most likely concerns Iron-Man. Henderson stressed, however, that he had never received specific information about the project, and had only heard a few rumors about it.

Therefore, he noted at the same time that fans should not get their hopes up too much and approach these reports with considerable caution. He added, however, that if he receives more concrete information on the subject of Iron-Man from EA, he will immediately pass it on to all interested parties.. 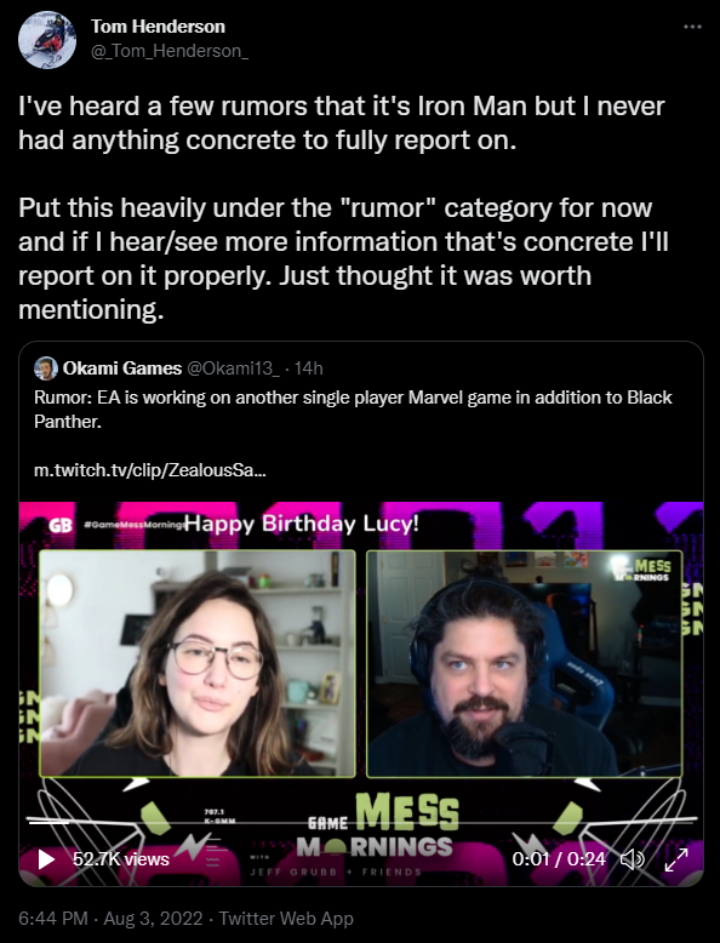 Finally, it is worth mentioning that the above leaks about the alleged work on single-player titles may have some reflection in reality. During Tuesday's financial call for the last quarter, Electronic Arts CEO Andrew Wilson told, that single-player games are "an important part" of the company's portfolio. Perhaps after the success of Star Wars Jedi: Fallen Order the company is planning further cooperation with Disney, including in the superhero field.

I don't know about you, but for me, an open-world game designed for single-player play starring Iron-Man sounds like a dream come true for many gamers. So there is nothing left for us to do but wait and keep our fingers crossed that the aforementioned rumors turn out to be true.

Too Much Pressure and Expectations; Former Bethesda Devs on Working on TES6