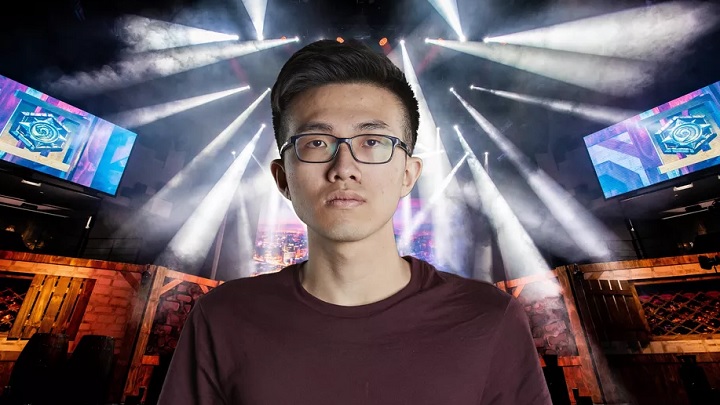 In an interview after winning the Hearthstone Grandmasters tournament for the Asia-Oceania region, Chung "blitzchung" Ng Wai appeared in a gas mask and called for the liberation of Hong Kong. The Blizzard executives reacted by quickly switching the stream to advertising and now, two days later, by issuing a statement on the matter. The company dissociates itself from the player's statements by stating that the player does not represent the company's position and informing that Blitzchung has violated the rules of the tournament, for which he is punished with a one-year suspension from tournaments and losing his money reward for the winning match. The cooperation with the interviewing commentators has been terminated.

The appearance of the player was a clear signal to the commentators as to what would happen. The masks, in addition to their usual fuction of protecting from gas (and identification), have become a symbol of resistance in Hong Kong, to the extent that the Hong Kong administration has banned them, hoping to speed up the end of the uprising. As you can see, the two gentlemen ducked to avoid being linked with the player's statement - it didn't help them much. According to the translation by one of Reddit users, they have allegedly said what follows:

"Ok go ahead and say your eight words, how about we'll end right after, nothing more needs to be said after that. You can start anytime. [Here they ducked and Blitzchung shouted, "'Liberate Hong Kong! Revolution of our times!" - editorial note] Was that interview too short? I think that was enough, I think talking about anything else will [muddle the message]"

In a later statement sent to the media Ng Wai wrote:

"As you know there are serious protests in my country now. My call on stream was just another form of participation of the protest that I wish to grab more attention. I put so much effort in that social movement in the past few months, that I sometimes couldn't focus on preparing my Grandmaster match. I know what my action on stream means. It could cause me lot of trouble, even my personal safety in real life. But I think it's my duty to say something about the issue."

As he added later in a conversation with Polygon, when he publicly declared his position through the interview, he also wanted to show his support to his community.

Blizzard's reaction came two days later. Referring to point 6.1 (o) of the competition rules, the organizers accused Blitzchung of breaking the regulations. They announced that they would take appropriate measures to avoid similar situations in the future, pointed out that the player's statements did not in any way reflect the position of the company and announced the imposition of a penalty: withdrawal of the prize money and immediate suspension of the player until October 5, 2020. - for a whole yeard. From the same statement we also learn about the termination of cooperation with the two commentators and that Blizzard supports the right to present one's own opinions and views. As long as it is within the scope of the regulations. Paragraph 6.1 (o) below:

"Engaging in any act that, in Blizzards sole discretion, brings you into public disrepute, offends a portion or group of the public, or otherwise damages Blizzard image will result in removal from Grandmasters and reduction of the players prize total to $0 USD, in addition to other remedies which may be provided for under the Handbook and Blizzards Website Terms. [...]."

We will leave it up to you to judge which part of the above was broken by Blitzchung's action.

For the sake of context, we must point out that, according to Polygon, 5% Blizzard's shares are held by the Chinese company Tencent. You may or may not have heard the name, and 5% doesn't seem like much. However, the company appears in the context of another scandal, which you will read a little bit about today in the news about the censorship of South Park in China. In short, Daryl Morey, manager of Houston Rockets, recently supported Hong Kong protestors in a Tweet that had already been removed, but later was made to change his mind , when Tencent, responsible for the team's media contacts, was about to stopproviding any info on HR on Chinese territory - including transmissions - until the matter was resolved. According to sources reported in the material, Houston Rockets are said to be the most popular NBA team in China. In the light of company's income, 5% of shares do not seem to be so small anymore.

The stream of Blitzchung's match has been removed from Twitch, but you can still watch it on the youtube channel of the tournament in a shafted version (without the interview):