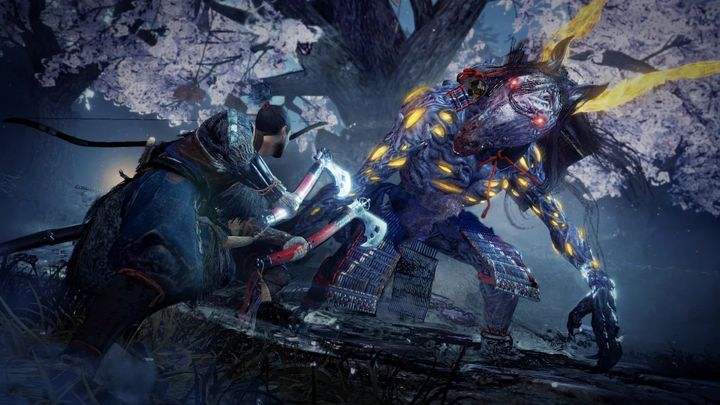 An extensive gameplay from the upcoming action RPG by Team Ninja - NiOh 2 has been released on PlayStation Access, with over eighteen minutes of footage, commented on by the editors, including a boss fight, the demonic powers of the main character, and a new weapon - double axes. You can see the video below.

Dual axes enable us to perform fast and very dangerous attacks, which in addition to that are quite often derived horizontally, which sometimes enables us to hit more than one opponent. Of course there is also a con - the range of this weapon leaves something to be desired, so in order to use it effectively you need to master shortening the distance.

In the video we also see the demonic powers used by the main character (in the continuation of NiOh we play as half man, half demon, who has a number of supernatural abilities). The conversations between the editors show that they can be both offensive and defensive and have a strong influence on the course of the fight.

In the second half of the video we can admire the fight with a very spectacularly presented boss, whom the editor manages to beat without much trouble.

We would like to remind that NiOh 2 will debut at the beginning of 2020. The game will be available only on PlayStation 4 (as in the case of the first part, there may be a port for PC in the future, but developers have not yet announced anything like that).