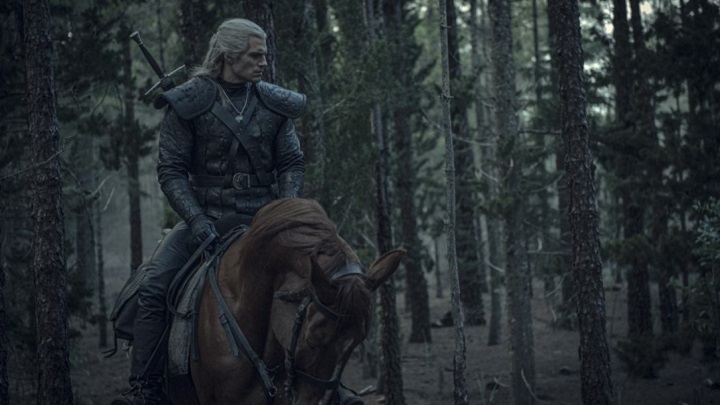 Geralt and Roach in a new photo from Netflix's Witcher.

On October 31, during the Luca Comics and Games event, we will see the second trailer of The Witcher series produced by Netflix. It is quite possible that also then we will finally know the official air date of the production. According to many rumors, Geralt (played by Henry Cavill) will appear on our screens in December this year. In anticipation of new materials and information about the series, the Italian website Corriere published reports and interviews from their visit on the set in January. The website has also been given access to several photos from the first episodes of the series and has now decided to share them with its readers.

Attention! The rest of this message can be considered as a spoiler. You read on your own responsibility.

Fan website Redanian Intelligence and reliable Reddit users decided to extract as much information as possible about the scenes presented on the shared photographs. They also managed to translate some more interesting fragments of interviews published with the photographs.

The first photograph shows the claws most likely belonging to a kikimore, which we could see at the end of the first trailer of the series. Everything seems to indicate that this is a scene based on the short story Lesser Evil, which is part of the Last Wish collection. It was there that Geralt, after killing the monster, went to Blaviken with the corpse strapped to a donkey. In the city curious people approached the witcher and watched the monster's carcass. The photo probably shows the moment when Marilka (daughter of the village mayor Blaviken) touches the claws of the kikimore, but we can't be sure if the visible hand really belongs to her. According to the information provided, this scene will be seen in the first episode of the series.

Photo 2 - Geralt at a tavern in Blaviken

Another photograph shows Geralt in a tavern. Knowing that this is also the scene from the pilot episode (based on the short story Lesser Evil), one can conclude that the inn is located in the town of Blaviken and the witcher will meet Princess Renfri in it.

This time in the photo (also from the pilot episode) we see Geralt and Roach in the forest reminiscent of the one we had the opportunity to see on one of the scenes from the trailer. Reddit users have noticed that the witcher is still wearing his old armor here and it is quite possible that in the first episode he will buy a new one, the one that can be seen on the promotional graphics and at the beginning of the fight against the kikimore.

Photo 4 - Yennefer after the transformation

The last photo presented is the least interesting - we had the opportunity to see this scene on the trailer. The character shown is of course Yennefer just after her transformation, which will take place in the third episode.

Interesting facts about the show

By translating the Italian interviews published with the photos, you can learn a few new things about the series itself. Set decorator Naomi Moore revealed that the locations shown in the series are inspired by different cultures and their symbolic architecture. Cintra, the home of Princess Ciri, was created based on elements of the Art Nouveau style. The Wizard's Academy, Aretuza, was inspired by Gothic and Blaviken by Scandinavian architecture. The city of Wyzima, on the other hand, is based on the Asian style.

Henry Cavill made a great impression on the Italian editorial staff of the Corriere. According to them, he looks amazing in Geralt's costume, and his voice can be compared to that of the English version of The Witcher 3. Supposedly Cavill got so caught up in the role that even between the recordings he sometimes talked in-role. The actor himself describes his character as a hero and an anti-hero in one. Serial Geralt will remain faithful to the book version, but he will also have something to do with the one known from video games. Freya Allan, who plays Ciri, describes her as a naughty tomboy who is very intelligent but still has a lot to learn.

We remind you that according to the leaks, the Netflix's Witcher will air in December this year. The creators focus on authenticity (the production will not abuse CGI effects). Don't forget that the second trailer of the series will be released on October 31 during the Luca Comics and Games event.