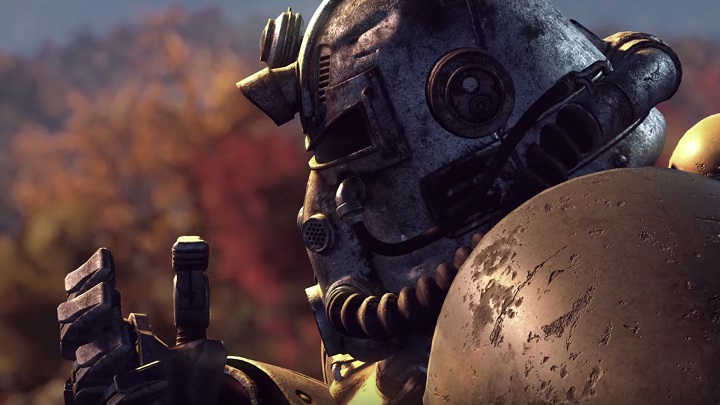 Fallout as an online game spared controversy even before the release, but it was nothing when compared to what happened after.

Writing a news about Fallout 76 felt like kicking a man when he's down for a long time now. Recently, scandals have been appearing much more often than official communication from developers. Unfortunately, there are no signs that this will change in the near future. Proof comes in the form of the latest game update, which definitely did not improve the image of the developers in the eyes of players. The fifth patch restored the bugs removed in previous updates, including those allowing to create copies of items from equipment (so-called duping) and the disproportionatly high weight of bobby pins. Both aforementioned bugs disappeared from the game with the release of the previous update, just like a couple of other issues, but all of them have somehow found their way back into the latest version of Fallout 76.

Its easy to guess the reasons for this. Apparently Bethesda based her fifth patch not on the latest, but on the older build of the game. This was enough for the players to once again express their dissatisfaction (mostly on Reddit) with  as they said  the incompetence of the developers. If we add to this the lack of new content, its no wonder that the community is not delighted with the new update. And that, unfortunately is not the end for the developers...

Reddit has suggested that the studio removes unfavorable feedback about the updates. User gX-kiD points at two threads established on the official forum of the game, which concerned the update. In the case of the first thread, a post was removed due to, allegedly, extreme drop in the level of discussion, even though according to gX-kiD nothing like that happened. Therefore, the user open another thread and made sure that the discussion was "more civilized" this time. However, that didnt help  this time it ended not only with the deleting the whole topic by the moderator, but also with the blocking of the user account without giving any reason whatsoever.

Regardless of the truthfulness of these allegation, the scandal may ultimately sink any chances the developers may have had for rehabilitating both themselves and the game. Whatever the truth, the new Fallout cannot be called even a moderate success. This is evidenced by the action of the German GameStop branch, which offers a free copy of Fallout 76 when buying used PlayStation 4 controllers (via Reddit). Apparently, the shop is desperately trying to get rid of the copies left in their storage. Such a thing in the first quarter after the release would be disturbing even we were talking of a small game by an independent developer. And in the case of a highly-anticipated AAA title based on a popular franchise, this cannot be discribed by any other word than disaster. 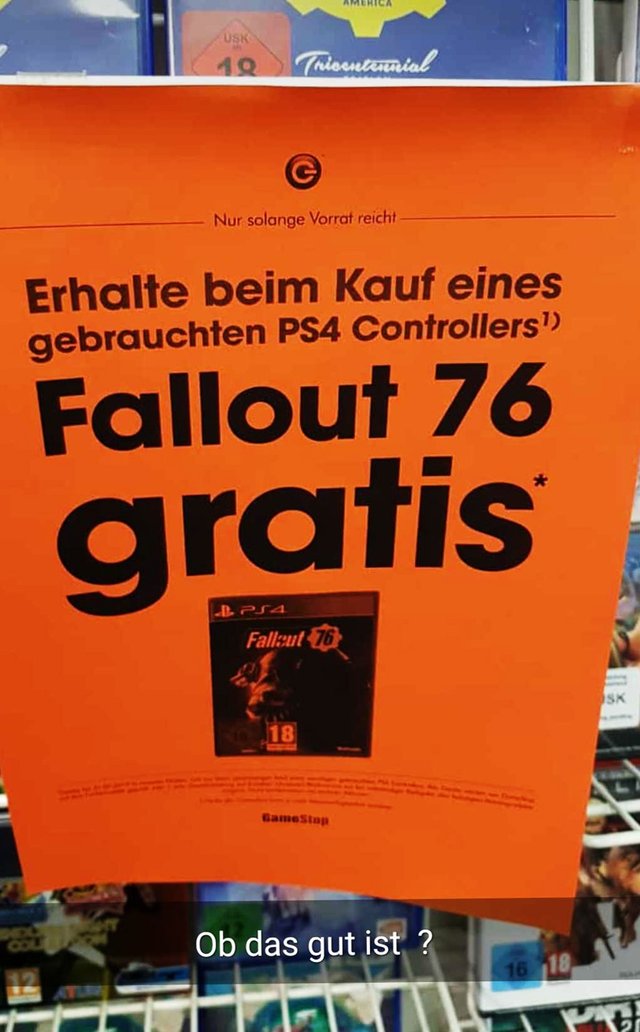