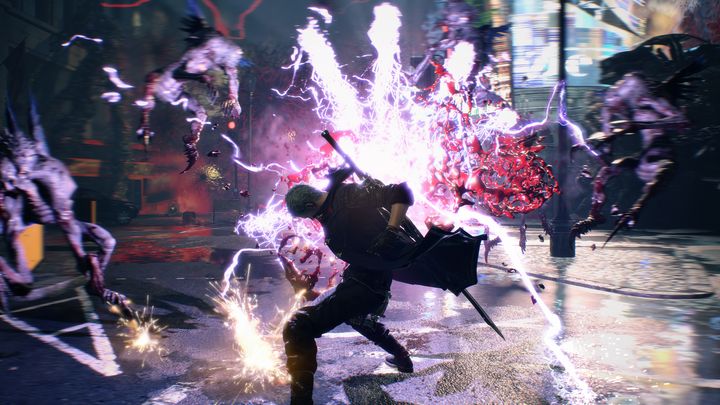 DMC 5 will not receive any expansions.

At the beginning of March, Devil May Cry 5 hit the store shelves. Capcom's title won the favor of critics and turned out to be a great commercial success. It would seem that in this situation it is a logical step to create a DLC that would prolong the life of the title and provide additional revenues (we are talking about larger additions, e.g. new playable characters or story expansions). It seems, however, that the creators do not have any such plans. Matt Walker, the game's producer, confirmed this on Twitter by answering a question from one of the fans.

The game's director Hideaki Itsuno, who is already working on a new project, spoke in a similar tone some time ago.

It is worth noting that before he started working on Devil May Cry 5 Itsuno was given a choice - he could either helm a new part of Dante's adventures or create a sequel to Dragon's Dogma, the successful 2012 action RPG (recently available on the Nintendo Switch console). Perhaps Dragon's Dogma 2 will be the next production of the Japanese company?