In response to Cyberpunk 2077 getting pulled from PlayStation Store, the price of CD Projekt's stocks on the Warsaw Stock Exchange fell by nearly 20% on Friday. Currently, one share of the Polish company is worth PLN 262,5 (roughly $71), which is 15.10% worse than yesterday evening's price.

If we compare the current share price to the records quoted a few days before the lauch of Cyberpunk 2077, the situation looks worse than bad - in less than two weeks the value of CD Projekt's assets got slashed by over $50 per share (on December 7, at the best moment, one share was priced at PLN 464.2 / $127). 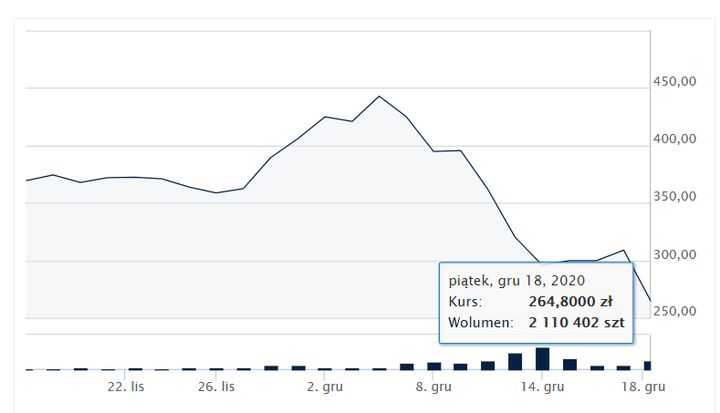 It remains to be hoped that the Polish developer will still be able to bounce back and deal with both fixing of the game and the serious image crisis.

Gal Gadot had Problems With Director of Avengers and Justice League