The developers responsible for Civilization 6 - Firaxis Games - presented information on the next free update, which will be made available next Thursday (April 22) and will be the last one this season. We'll get three new units, more True Start maps and a lot of various changes and fixes.

Among the new units we'll find two types of infantry - Line Infantry riflemen and Man-At-Arms halberdiers. The third new unit - Trebuchet - is something that the community has been requesting for some time. In terms of maps, the update will introduce two - Mediterranean and Earth Huge. 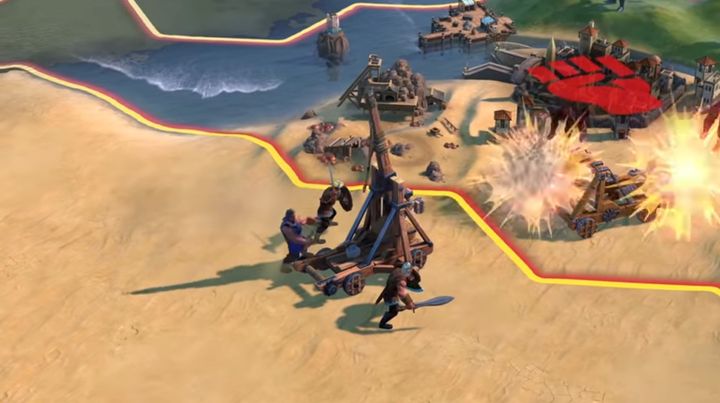 Trebuchets are coming to Civilization 6.

Civilization 6 - fixes and changes to the game's balance

Developers have introduced a number of fixes in terms of balance between individual units and existing civilizations. The changes will be based, among others, on community feedback. For example, Spain will be able to create fleets and armadas using Mercantilism and will benefit more from trade routes, especially those that connect locations on several continents. This faction will also enjoy better functioning colonies (cities outside their home continent will produce goods faster and receive an additional builder).

The Khmer Empire will receive a Faith bonus that will increase with population and Amenities in cities with aqueducts. Furthermore, the rate of food and faith generation in farms located near aqueducts and holy sites respectively will increase. Additionally, ruler Jayavarman VII will offer additional bonuses his subjects. 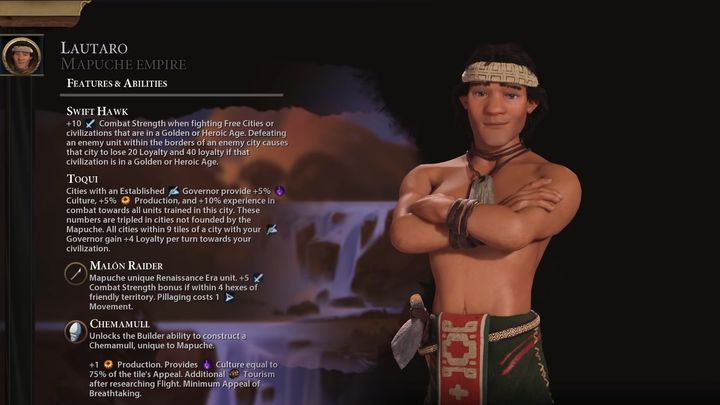 The Mapuche are one of the factions that will see changes.

When playing as China we will receive a random Eureka and Inspiration from the given era every time we create a World Wonder.

A number of reinforcements will also be delivered to the Mapuche Empire and Canada. The first of them will get buffs to culture, production and experience gained in battle (especially in cities, which were not created by this civilization), as well as faster generation of loyalty points. The ruler Lautaro will also become more effective. Canada, on the other hand, will enjoy even better performing mines, camps, and sawmills, but only if these are built on snowy terrain or in the tundra. The unique Mountie unit will become cheaper and more efficiant in battle.

Microsoft Flight Simulator Mod Enables Us to Drive a Car