After a five-year break, the British studio Codemasters is back with the GRID racing series, previously known as Race Driver and TOCA. Today there is an announcement of the game called simply GRID. The title will be released on PC, PlayStation 4 and Xbox One on September 13, this year. Below you can see its first trailer.

In GRID, we'll be able to drive a range of licensed cars of all types - from touring cars to powerful muscle cars - and compete on a variety of tracks, both classic and street, on four continents. The title is designed to offer several game modes, advanced artificial intelligence for opponents, a satisfying progression system and realistic vehicle damage that will have an impact on their racing behavior. According to the creators' promises, the game should be accessible for both amateur drivers and real professionals of the genre. To quote Chris Smith, GRID's Game Director:

"The game offers so much variety and depth, from the number of modern and classic cars through to the locations and race options. Renowned for its handling, the game will appeal to all types of player, from casual drivers who want a lean-in challenge, to sim drivers who want some serious fun." 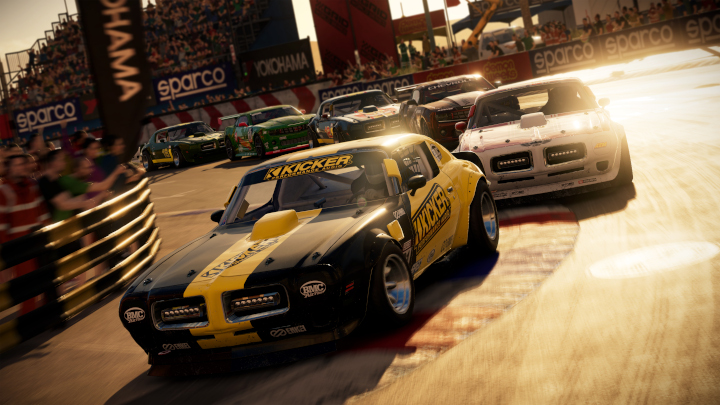 Another GRID is coming.

But that's not all. The Race Consultant for GRID is Fernando Alonso, twice the Formula 1 World Champion, whom we will be able to challenge, along with his famous Renault R26 F1 car, but before that, we will have to beat the drivers of his FA Racing team in a series of special events.

"Having competed across F1, Endurance and Stock Racing, GRID is the perfect game for me and Im delighted the studio has added both myself and my racing team into the game. GRID offers so much variety and I welcome the challenge when players get to line-up against me," the Spanish driver said.

Further information about GRID, as well as the first gameplay, should be available soon.