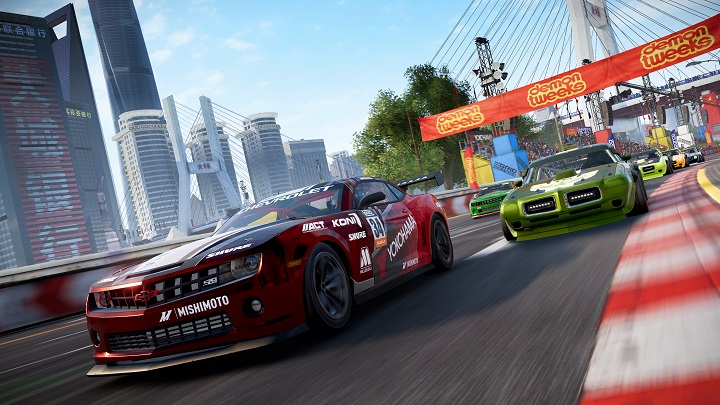 GRID achieves a slight slip.
GRID IN A NUTSHELL:

If you were hoping for the return of the GRID series in September, you won't be delighted with the latest announcement from Codemasters. The company informed on the blog about a month-long delay in the launch of the new GRID. The next installment of the racing series will be released on October 11 on PC, Xbox One and PlayStation 4. Those who have pre-ordered the Ultimate Edition will still be able to access it three days in advance on October 8. The reason for the delay was... the desire for better exposure of the game. Codemasters plans to release a lot of information about GRIDsoon, including gameplay and 'relevant announcements'. The materials will begin to appear on the studio's and game's social media channels in the next few days.

So far only once we could see the GRID gameplay, when the first recording of the game was published in May. Since then, Codemasters has not revealed much, although it did not hesitate to boast of some of the car models included in the title on the blog. So what remains for us are only promises made during the announcement of the game. GRID will offer, among other things, several modes of play, refined driver AI and an advanced model of destruction, which will translate into the functioning of the vehicles. We were also assured that the game will appeal to both novices and veterans of the genre. Perhaps more materials will dispel any doubts as to whether the studio will be able to keep its promises.