Three years have passed since the launch of the Vive la France! expansion for Euro Truck Simulator 2. A lot has changed in the meantime in this popular truck driver simulator. Subsequent expansions and updates have introduced a lot of improvements and models, rendering the older content unattractive. SCS Software is aware of this, which is why the team has delegated some ofits members to refresh the areas present in the game for a long time. Germany, for example, had already seen its upgrade pack, and now it was the turn for France. 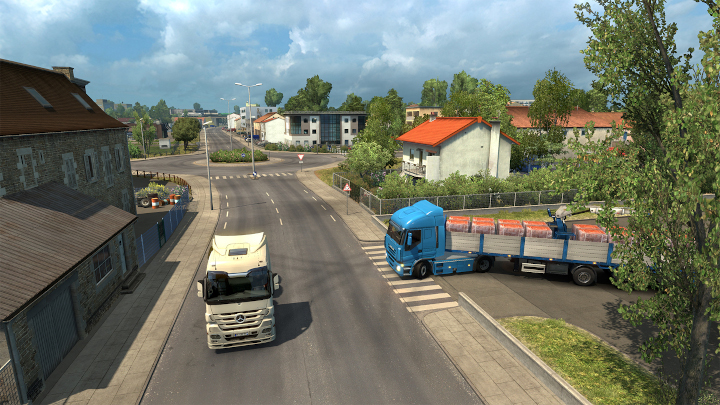 As we can read on the official SCS Software blog, update 1.37 for ETS 2 will upgrade four French cities - Metz, Reims, Strasbourg and Dijon. The devs are concerned with improving the appearance of their roads, redesigning some traffic junctions, changing signs, as well as replacing old buildings and vegetation models with new ones. Additional polishing will also be carried out on terrain textures. You can see their efforts (marked as "Work in progress", so they can't be treated as definitive yet) on the screenshots in this news and this page.

However, SCS Software does not intend to limit itself to improving the appearance of French cities. Update 1.37 will also include a number of other surprises. What exactly? That remains unknown. Everything should be clear when the patch is officially released. Unfortunately, we also don't know when that will happen.

It is worth noting that patch 1.37 will be only a part of the plan of "semi-regular" updates for Euro Truck Simulator 2. According to the SCS Software representative, their task will be primarily to improve the technical aspects of the title - first the sound and then the graphics. A new expansion to the game is also approaching, adding the whole Iberian Peninsula. It will be quite an interesting year for virtual truck drivers.