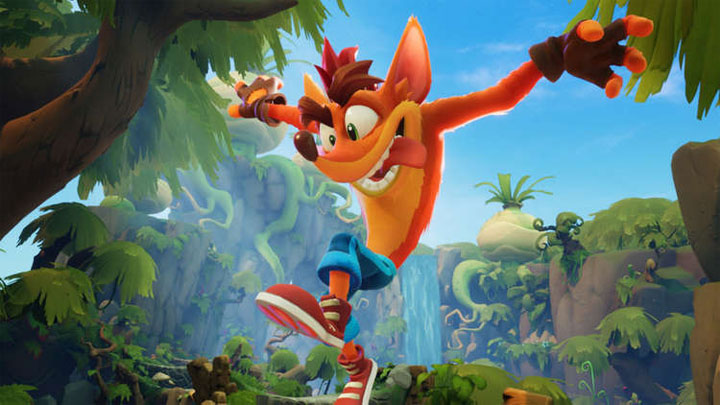 Crash will return in October.

The latest presentation in the State of Play series was opened by Crash Bandicoot 4: It's About Time, a continuation of the popular platformr game series.

There was an extensive video, on which we could see, among other things, the gameplay and new visuals, inspired not only by the earlier installments of the series, but also by the cartoons on which the games were based.

The most interesting were, however, fragments devoted to new gameplay solutions. We saw in action several magic masks, which will provide us with additional powers, e.g. enable us to bring to the map additional elements of the environment to help in the exploration. There was also an additional mode, which provides map mirroring and offers changes in graphic style and gameplay.

The devs emphasized that there are no microtransactions in the game, and each costume will be unlocked by playing. We will be able to complete all maps as both Crash and Coco. For the first time in the history of the series, Dingodile, who previously served as a boss, is also to be playable.

As a reminder, Crash Bandicoot 4: It's About Time is coming to PlayStation 4 and Xbox One. It will be released on October 2, this year.