Take-Two Interactive has been on a warpath with many modders lately. The latest manifestation of this is the lawsuit against the creators of re3, a project offering an improved engine for Grand Theft Auto III. The mod enables us to play this classic production in a much modernized form, as well as to port it to new hardware platforms, including Nintendo Switch. The original game files were still required, but this was not enough to protect the authors from trouble.

Many speculate that Take-Two Interactive's aggressive actions stem from the fact that the publisher is quietly working on its own remasters of GTA 3 and Vice City and doesn't want competition from fan projects. Such rumors have been circulating for a long time and each new attack on remake mods adds to their credibility.

Recall that the lawsuit is only the latest chapter in this conflict. The re3 mod debuted in February this year along with the side project reVC, doing the same thing for Grand Theft Auto: Vice City. After a few days, administrators of GitHub, where these modifications were hosted, removed the files at the request of Take-Two Interactive, which cited the Digital Millennium Copyright Act.

At the same time, all the so-called forks, i.e. projects by other developers based on the code of the original mod, were removed. One of these developers, Theo Morra, objected to what the Act allows for. As a result, his versions re3 and reVC became available for download on GitHub again. 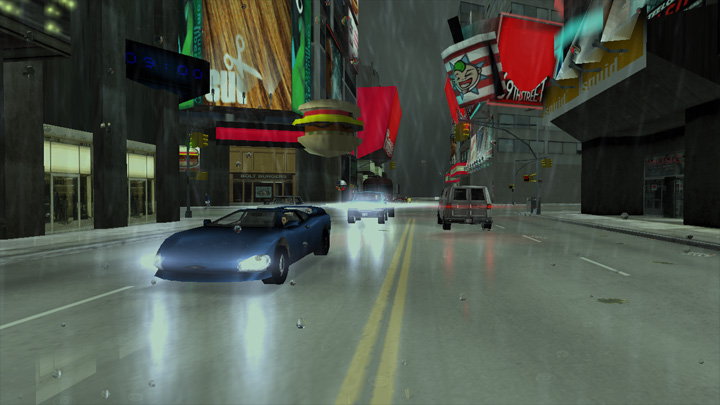 Take-Two has been fighting against re3 for many months now.

It's worth noting that Take-Two Interactive is suing not only Theo, but also the original authors who did not returning the projects to distribution. In the lawsuit, however, the publisher explains that they encouraged other developers to "make objections in bad faith" as well as assisted in the preparation of such requests.

It is difficult to judge whether the authors have a chance of winning in court. They claim that re3 was developed using so-called reverse engineering and the new code does not contain elements that are the property of Take-Two Interactive. In practice, however, this is meaningless. The developers probably do not have the resources that would allow them to successfully defend themselves in court. These types of cases usually end in settlements, under which the creators of fan projects agree to abandon them and pay damages - less, however, than if they lost the case.

The developers, by the way, were aware of how this could end. They admitted that they tried to keep the project secret for as long as possible. This enabled them to released a fully functional and polished version of the project before the publisher was able to stop them. Even if Take-Two Interactive now forces them to abandon it, copies of these files will always be found somewhere online.

Horde and Alliance Together in WoW? Game's Director Comments

Horizon: Forbidden West Will Have its Own Gwent