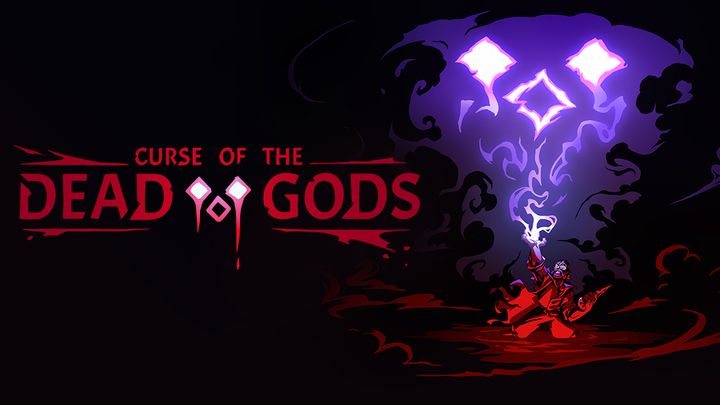 Players and journalists appreciate Curse of the Dead Gods.

Yesterday, the roguelike Curse of the Dead Gods, a debut work from Passtech Games, has launched in Steam Early Access, . First opinions suggest that we are dealing with an exceptionally successful title, which not only copies the proven solutions, but also enriches the genre with some of its own ideas, resembling a "mean baby of Darkest Dungeon and Hades". Currently, the game has 104 ratings in Valve's store and the vast majority of them (84%) are positive. The production also gathers great opinions among journalists.

Curse of the Dead Gods - selected reviews and impressions

"Curse of the Dead Gods may incorporate aspects of several other games, but that doesnt mean it feels like a cheap rip-off or imitation. Its very much its own thing, brimming with charm thanks to its cartoon visuals and unique setting. Like other roguelikes, the fun of Dead Gods is in its open-ended and replayable nature. I never know what Im going to find around the next corner, and every death is an opportunity to head back to home base, check out the new stuff I can buy, and get ready for the next adventure," reads the impression on Kotaku.

"Curse is more interested in mechanical growth rather than number inflation, which I can appreciate. Despite its demanding combat, the game is more forgiving than other rogue-lites from the off, with a large HP bar, the dodge, and the ability to start fights on your terms. Unfortunately, its over all too soon. Though I was constantly surprised by the level of polish in the core mechanics, I quickly ran out of things to do. Theres currently one temple in the game, and I have already seen repeat configurations of hallways and arenas in just a few hours," claims the editor of VG247.

"Curse of the Dead Gods has a super satisfying loop of risk and reward. As in Slay the Spire you get to pick your route through each temple. Presently only one is available, the Jaguar Temple, but there are three others in progress, including the Serpent Temple. You begin by picking your exploration type, from short, medium, long and hard, and then you select the path youll take, navigating by need. A map shows what to expect in each subsequent room, whether its a new weapon (theres currently an impressive 45 to find), a stat increase, a hoard of gold, a blood fountain (which is your only real option to heal), or a relic that can imbue you with a buff that lasts until you die," reads the text on God Is A Geek.

"Passtech Games have established solid groundwork within Curse of the Dead Gods, but right now, its a game best viewed as an investment whilst in early access. Its highly rewarding and features great combat mechanics but there just isnt enough content within the current development build, though what is available presents a high degree of polish. With two further temples on the way and a March update promising new weapons, room variations, relics, curses and more, its certainly one to keep an eye out for," as we read on Indie Game.

Why the positive reception?

At first glance, Curse of the Dead Gods resembles yet another instalment of the Diablo series, possibly the recently published Darksiders Genesis. The player explores ancient ruins, observing the game world from a classic isometric perspective. However, these are only appearances, underneath which there is a satisfactory combat system - we can make spectacular combos, which we end with brutal finishers, and counter the attacks of enemies. As with the Dark Souls series, most of our actions are limited by the endurance belt - it's needed for both attacks and dodges, so we have to be careful.

In addition, the player faces difficult choices at every turn. We often have to decide whether gold or items are more important to us at a given moment. We often have the option of improving our statistics or getting a valuable relic. Sometimes we can also make a sacrifice of our own blood to gain a powerful artifact. The choice seems attractive, but it is connected with another mechanics, which strongly influences the gameplay in this title - corruption. Our character is under constant and increasing influence of dark forces. As the game progresses, this can result in subsequent curses that make the game more difficult (e.g. by hiding interface elements or taking away gold when the hero is hit in battle).

As a reminder, Curse of the Dead Gods is only available on PC, but the developers confirmed recently that with the release of the full version, the production will also debut on PlayStation 4 and Xbox One. Unfortunately, we don't know when that's going to happen.

Pathfinder: Wrath of the Righteous - 30 Minutes of Classic RPG Gameplay