The nominations for this year's The Game Awards were announced yesterday. Among the games which received this honor there were many titles appreciated by gamers. However, the presence of one title surprised a large group of people. We are talking about Cyberpunk 2077, which was nominated for the awards for best music and best RPG. 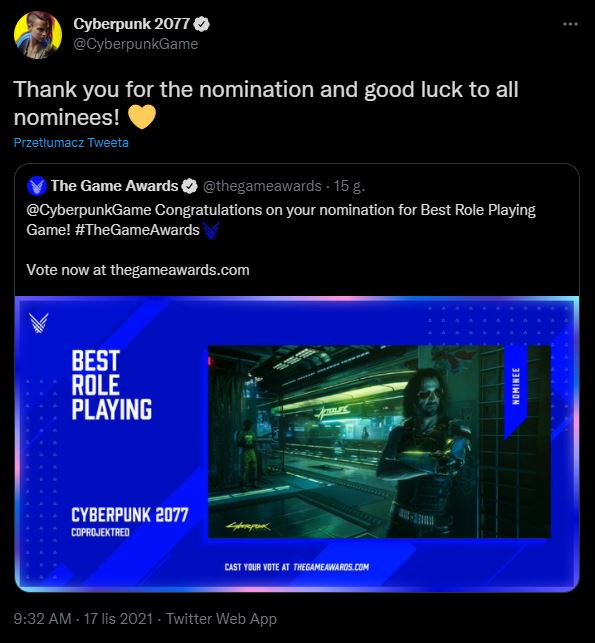 CD Projekt RED thanked for the nominations via the game's official Twitter account. The latter of the two mentioned categories, however, aroused considerable controversy among players. According to many people, the title does not deserve this kind of award. Moreover, it accused of "blocking" a nomination spot for other, much more deserving titles. Some Twitter users immediately pointed out some counter-candidates. 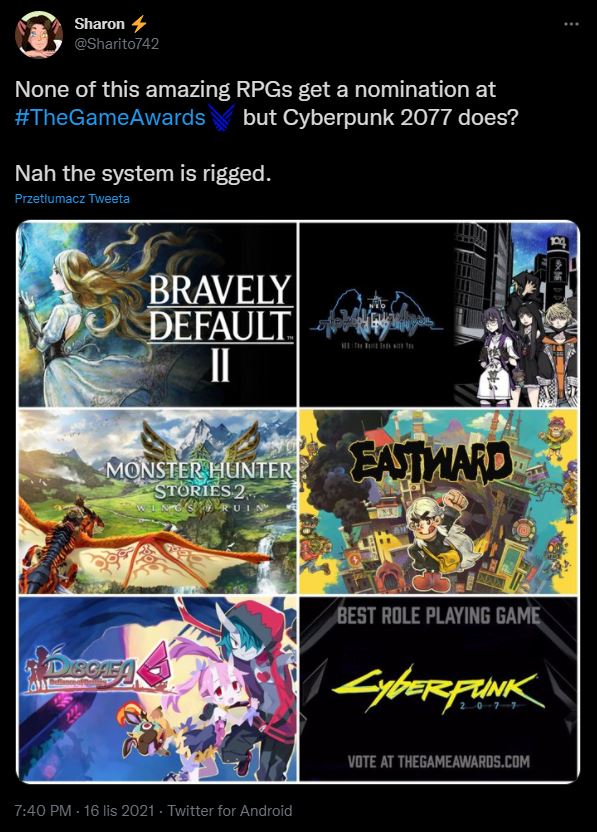 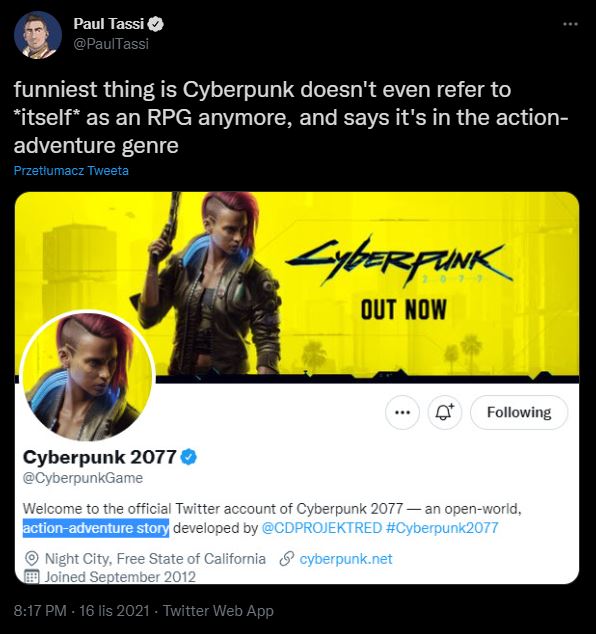 The decision to nominate Cyberpunk 2077 for the Best RPG of the Year award was also found controversial on Reddit. Most players agreed that the game of the Polish studio deserved a nomination in the category of best music, but not as RPG. Of course, the discussion quickly descended into questioning what the genre actually is and which games can use this title.

Overall, however, the mood among gamers is pretty clear. Most of them disagree with the yesterday's nomination. Of course, this has to do with the controversies and problems that surround the game. The question of whether Cyberpunk 2077 will receive the aforementioned award, or maybe end up only with a nomination, will be answered in less than a month. The Game Awards 2021 gala will take place on December 9 and will be broadcast live on Twitch or YouTube.