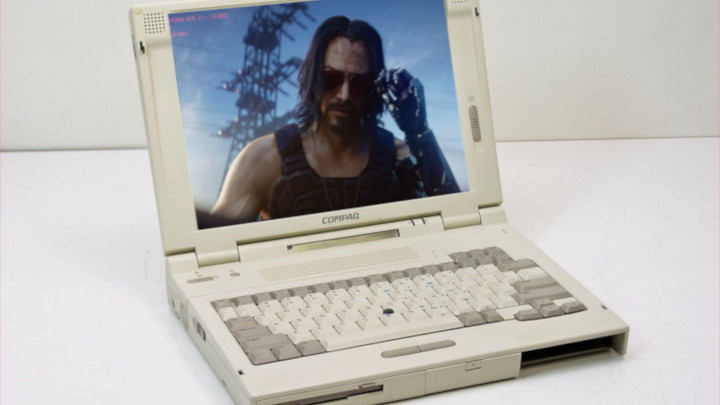 After Cyberpunk 2077 has been delayed to September this year, we have more time to think about what the platform, on which we will play the new game from CD Projekt RED. Will it be current generation, powerful PCs, next generation consoles, or maybe... we'll bet on streaming platforms? It looks like we'll have a good choice here, too, because soon after the presentation of a special edition RTX 2080 Ti, Nvidia announced that the latest CDPR game will also find its way to the company's platform - GeForce Now.

Last year we already learned that Cyberpunk will be available on Google Stadia and it looks like Nvidia has finally decided to respond. The game will make its debut in GeForce Now, which has recently left the beta-testing phase, on the day of its release. This is good news, especially for people who are going to play on Steam because they will be able to play using streaming if their computer turns out to be too weak.

It is not a big secret that streaming services work very differently, and there are many factors influencing this state of affairs. However, with a bit of luck and having come to terms with the inevitable input lag, we will have a chance to enjoy the charms of Night City in full splendour, exposing ourselves to much lower expenses than when upgrading our PC.

Significantly, Nvidia's service is expected to offer two major benefits that are currently beyond the reach of Stadia. The first is guaranteed ray tracing support, which AMD component-based Google servers cannot offer. But there's a little catch. Ray tracing will only be available if you choose the paid GeForce Now option. Its price is about $5 per month, however, using the ongoing promotion we get the first 90 days for free. Perhaps it is worth taking a risk if do not plan on buying a graphic card from the RTX family for a few hundred dollars. If, on the other hand, someone does not want to pay for another subscription, they will be able to play 60-minute sessions at 1080p resolution as part of free access to the platform.

The second major bonus is the integration of GeForce Now with Steam. This way, if we bought CP2077 from Lord Gaben, we will be able to run the title both on our own computer and on Nvidia servers, unlike games purchased on Stadia, where the license is tied to our account from Google.

The launch of Cyberpunk 2077 is still a long way off, but it is clear that more and more companies are beginning to see the marketing potential of the upcoming production. It is undoubtedly the same with Nvidia and the GeForce Now platform, which is looking for customers and trying to make its presence felt in the media in a better context than the dispute with Blizzard, which caused the games of this publisher to no longer be available in the service.

However, please note that GeForce Now and Stadia are not the only players on the market. It's been known for some time now that Microsoft and Sony are working on their own streaming platforms. For the time being, however, it's not clear what we can expect from xCloud or where PlayStation Now will go. It is also a mystery what are CDPR's plans for the new consoles, which are to be complemented by cloud gaming services.