Cyberpunk 2077 can be pre-ordered on PlayStation Store and Microsoft Store, which led us to learning that the PlayStation 4 version of the game will likely require at least 80GB of disk space available (13GB more than the already bulky Days Gone), and that the Xbox One version will attempt to take full advantage of this platform's unique capabilities – owners of the "most powerful console... in the world" should be able to run the game in 4K. It's not quite clear yet how CP2077 will utilize the extra power of PlayStation 4 Pro, or how much space the Xbox One version will exactly require . 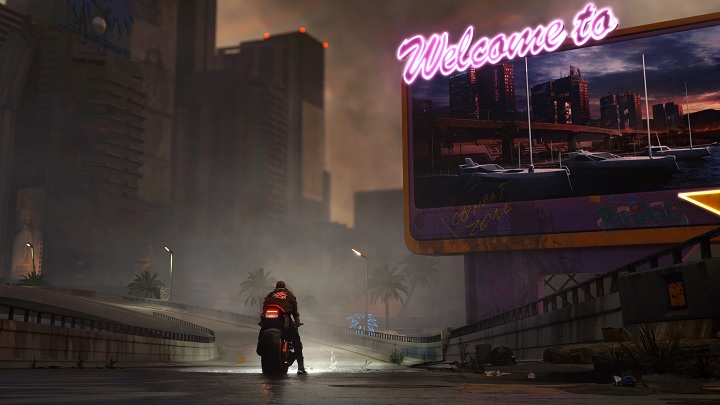 Ought to be a good occasion for many PS4 owners to free up their hard drives.

How good the game will look on Sony and Microsoft consoles remains an interesting question for the time being. The owners of these consoles shouldn't fret, however – the developers emphasized last year that ensuring optimization was something CDPR had been keeping in mind since the onset of the entire project. Another matter is that so far, only the PC versions of the game were presented, and the demo prepared for this year's E3 ran on a very powerful PC.

Although Cyberpunk 2077 is still largely a mystery, we have witnessed in recent weeks a real flood of information regarding this production – including the date of its release (and learning that Keanu Reeves himself will appear in the game), the price and content of individual editions, details of morality and romance mechanics, and some details from the abovementioned demo shown behind closed doors. Today, PlayStation 4 owners gained access to a free theme from the game. Cyberpunk 2077 is slated to release on April 16 2020.