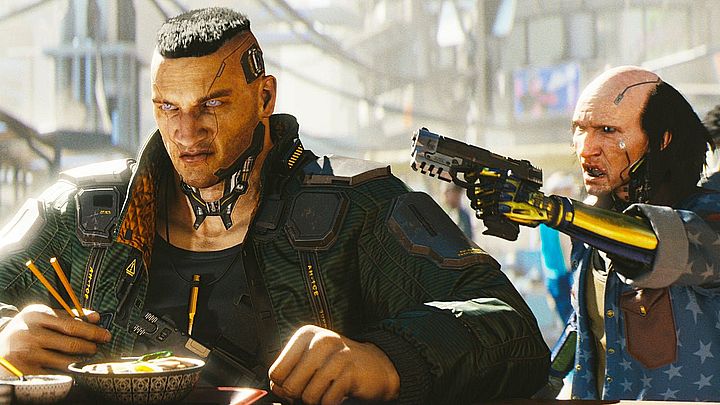 The lack of a morality system seems like a good idea.

A difficult task stands before CD Projekt RED. As we know, in Cyberpunk 2077 we will lead a character that we will create ourselves beforehand. As a result, the production will offer much greater freedom in terms of controlling the protagonist than, for example, The Witcher 3: Wild Hunt. During the E3 2019 the devs clearly declared that they would provide players with many options when creating their avatar, on which the gameplay would depend to some extent. Among a number of options in the game there will also be a choice of sexual preferences of the character. As a result, it is supposed to bring more opportunities for romance than in The Witcher.

One of Reddit user magired1234 shared on the forum a screenshot of a private conversation on Twitter with Pawel Sasko, lead quest designer at CD Projekt RED. It suggests that the romance options in Cyberpunk 2077 will be constructed in a similar way as in the case of The Witcher. This means that there will be no one and obvious way to conquer the heart of one of the NPCs. On the other hand, there should be much more options, as Pawel Sasko wrote:

And of course, players will have way more options than only heterosexual, as was in the Witcher 3 (as Geralt was a defined character that was only interested in females). In Cyberpunk 2077 you can define what type of interactions character protagonist prefers.

Creating your own character and choosing your own preferences can make players experience more immersion. Naturally, this is not the only way to have the user identify with the character they control. In Cyberpunk 2077 there will be no morality system, let alone a system visualized by numbers, tags or stripes - which is popular in RPG. The information was confirmed by Mateusz Tomaszkiewicz in an interview for Gaming Bolt: