The creepy turn-based dungeon crawler Darkest Dungeon is going to get its first DLC in early 2017. The add-on entitled The Crimson Court is to include a new playable class, but no detais were revealed so far. However, Red Hook Studios shared an interesting image (posted below) accompanied by the words: The Blood! I must have the Blood!. This clearly indicates that the main theme of The Crimson Court DLC will be vampires  either we will be able to have one in our team or they will become a new enemy (maybe both). The Crimson Court will be available on PC (Windows, Linux), Mac, PlayStation 4 and PlayStation Vita. 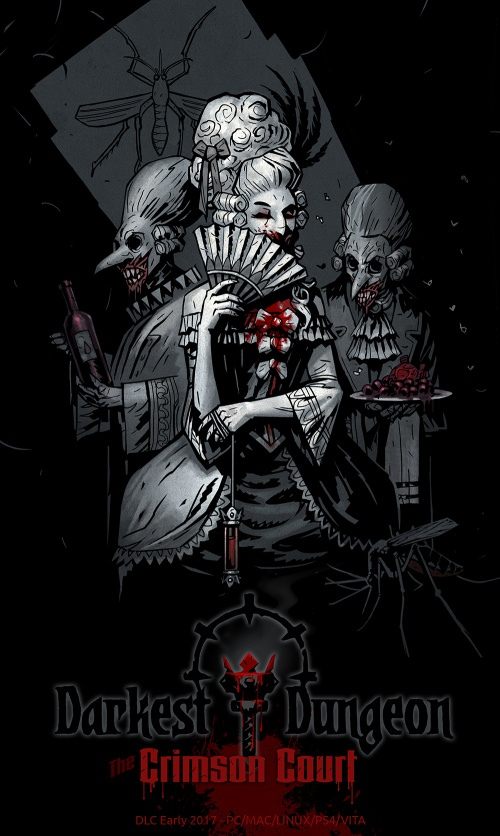 Darkest Dungeon launched early this year, prior to which the project had been available on Steam Early Access for almost a year. Since then, the game has been praised for unforgiving difficulty, heavy atmosphere, and deep mechanics. Darkest Dungeon lets you command a team of adventurers, who delve into a dark dungeon full of monstrosities. Apart from fighting off aggressive beasts, the heroes have to stay sane while being under constant danger, which is not so easy in this line of work.