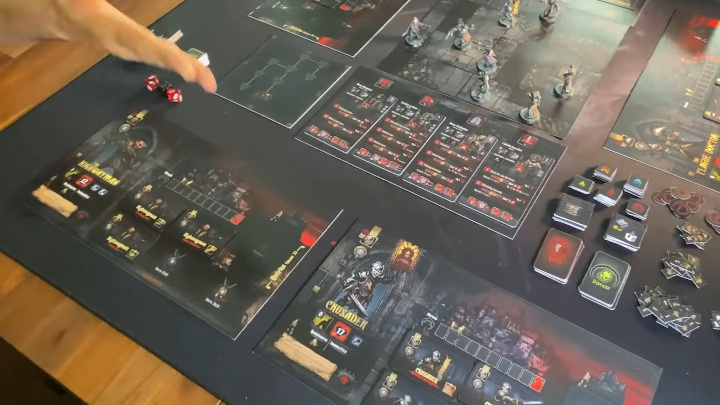 The official board game adaptation of Darkest Dungeon promises to be quite interesting.

While playing Darkest Dungeon few would conclude that the mechanics used in this title would be perfect for a board game. There have even been some fan attempts to move the gameplay to the tables. However, not all users are fans of such informal experiments and they would prefer to see some more professional adaptation. Such people will surely be glad to see that Red Hook has started cooperation with Mythic Games (creators of, among others, Super Fantasy Browl). It will create an official, licensed co-operative board game based on Darkest Dungeon for up to four people. On the tweet below we can see some pretty impressive figures used in the board game.

Mythic Games has also published a video (available below) which is part of the online Gen Con 2020 event. The video features a fairly long segment dedicated to the Darkest Dungeon board game, which discusses the structure and rules of the game. It starts at 30 minutes and 16 seconds.

As announced by the devs, this autumn a campaign will launch Kickstarter to finance the board version of Darkest Dungeon. It will most likely debut in 2021.