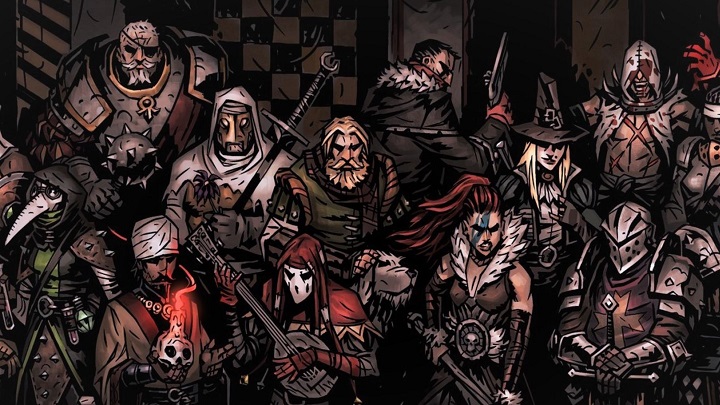 The expansion for Darkest Dungeon, announced on April 1, didn't turn out to be - to the surprise of many - just a joke from the developers at Red Hook. The final confirmation comes is the form of the last entry on the official website of the game. The devs revealed the release date of The Butcher's Circus. The DLC will debut today (for now only on Steam). The exact time was not given, but the developers plan to make the new content available around 10 AM PT. Of course the DLC will require the base version of the game, but it will be a completely free expansion. The lack of microtransactions has also been confirmed - all the novelties will be available only through in-game activities.

It's no secret that Darkest Dungeon is quite a demanding game, which can scare off many people from purchase, even after considerable (and often) discounts. Fortunately, the PvP mode launch will coincide with another event related to the game. At 10 AM PT, the first free weekend of Darkest Dungeon on Steam (via PCGamer). We will be able to check out the title for free until 10 AM PT on Monday June 1. It's possible that the offer will be accompanied by a sale including the game and add-ons, as is often the case on free weekends (and as one of the developers on Reddit seems to suggest). However, even if we only want to check out the PvP in The Butcher's Circus, you will have four whole days to play.

The main attraction in The Butcher's Circus is the title circus, where the heroes will compete with each other in the arena (albeit without the risk of permanent death). Each victory will enable us to increase our rank and unlock subsequent elements of the banner. The game will also feature new cosmetic items dedicated to PvP mode. Of course, the combat looks a bit different. The order of action of the heroes is chosen by the players themselves, and who starts is decided with a coin toss (although the losing team receives special buff in the first round). All the novelties will be known only after the release of The Butcher's Circus. Speaking of changes, Darkest Dungeon has been given a modest update, adding, among others, two new methods of reducing stress and a handful of new options for modders.