Call of Duty: Warzone is a free royal battle shooter based on Call of Duty: Modern Warfare. The game offers a huge map, two game modes and a number of interesting gameplay mechanics. It was developed by experienced developers from Infinity Ward studio (authors of many other Call of Duty games). The publisher is Activision.

Call of Duty: Warzone takes place in the world known from Modern Warfare - more specifically in the city of Verdansk.

Call of Duty: Warzone is a classic shooter, in which the action is observed from the first person perspective ( FPS).We play the role of a soldiers and the action takes place on a vast location, where you can find many interesting places known from previous parts of the series. We'll find a dam or a sawmill here. It is worth noting that all buildings are hand-designed, making each one unique.

Up to 150 people can take part in a single game simultaneously. Players are dropped on the map with a parachute (the drop point can be selected) and then try to achieve their goals depending on the chosen game mode. Equipment plays an important role - both weapons and vehicles (e.g. different kinds of cars and even helicopters) - which allow you to gain an advantage over your rivals. We can find or buy equipment in special places.

During the game, players can also achieve additional goals - the contracts that have different requirements (e.g. to find packages or do reconnaissance at a specific location). By completing the task, we gain additional equipment or money for which we can buy it.

In Call of Duty: Warzone, we can only play with other players. The gameplay is based on network multiplayer mode.

We have two game modes at our disposal: Battle Royale and Plunder. The first game mode focuses on eliminating other players on an increasingly shrinking map (this is due to the use of lethal combat gas). We compete in three-person teams. The game ends when someone manages to eliminate all enemies. Members of one team can resurrect their comrades by spending money. After the first death we also have to deal with quite unique mechanics - we get to the gulag, in which we fight in a 1-on-1 duel for the possibility to return to the main part of the game.

In the second module our goal is to collect money scattered around the location and offered for contracts. We can also eliminate other players to take away their cash.

Call of Duty: Warzone has a nice, three-dimensional graphic design. The graphics are quite realistic and well reflect the characteristics of contemporary armed conflicts. We have here believable looking and animated characters, as well as places that could exist in the real world.

Call of Duty: Warzone is a free-to-play title - the developers earn money through an optional micropayment system.

It is worth noting that Warzone progression system is coupled with Call of Duty: Modern Warfare - if we have this production, we can use the prizes won in both games (in Multiplayer mode and Spec Ops in MW). The game also supports cross-play function - owners of different platforms can play together.

Our Call of Duty Warzone guide is a compendium of knowledge about this battle royale FPS. Besides the FAQ section, our guide also offers the best starting tips. 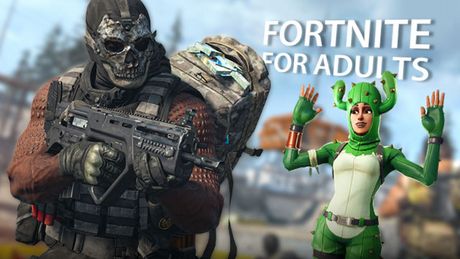 Modern Warfare: Warzone is a correct royal battle, with all the burden and blessings of this genre, and a few interesting solutions. Still, it's biggest advantage is that it's a free and modern Call of Duty!

Activision has revealed Call of Duty: Warzone, confirming previous leaks. The battle royale mode of Call of Duty: Modern Warfare will debut today and it will be available for free as a standalone production.

Chaos channel on YouTube posted a video about Call of Duty: Warzone, the standalone, free expansion to CoD: Modern Warfare, focusing on the battle royale mode. The gameplay reveals a number of key information about this production.

Anyone willing to do so, can now play Call of Duty: Warzone, a battle royale mode based on Call of Duty: Modern Warfare, which is available as a separate free title. The title is available on PC (Battle.net), PlayStation 4 and Xbox One.

Activision announced the official hardware requirements of Call of Duty: Warzone, a free battle royale game based on CoD: Modern Warfare. The title debuted yesterday on PC, PlayStation 4 and Xbox One.

Call of Duty: Warzone, a free battle royale mode based on CoD: Modern Warfare, made its debut only yesterday, and the title already boasts good ratings on streaming platforms. In total, in the hottest moment over 650 thousand people watched the game on Twitch and YouTube.

The debut of the new free-to-play shooter Call of Duty: Warzone was a great success. Over 6 million people have played the newest member of the CoD famil in the first 24 hours since its launch.

Call of Duty: Modern Warfare's game files included a map, which is said to appear in Warzone, the upcoming royal battle game based on the foundations of the latest instalment of the iconic military shooter series. So far we are still waiting for its official announcement.

Activision is preparing to reveal Call of Duty Warzone. Rumor has it it will be a free battle royale shooter. The publisher has been heating up the atmosphere by, for example, publishing a funny video inspired by Tamagotchi toys.