The eyes of most Relic Entertainment fans are currently turned towards Company of Heroes 3, which was announced a few days ago. However, a large group of players still play older productions of the team. One of the most lively oldies from this family is Warhammer 40,000: Dawn of War - Soulstorm, which, despite the fact of being thirteen years old, easily exceeds a thousand players on Steam at the hottest moments, enjoying more popularity than any other item from this franchise. Such longevity is mainly due to the excellent modding community, so it is worth noting the release of a new version of the Ultimate Apocalypse project, which is one of the most important mods for Soulstorm.

New edition is marked as 1.89.2 and brings a lot of changes. The creators fixed a lot of bugs and improved interface. Finally added compatibility with Tyranid Mod, a modification introducing the eponymous faction as a playable army. In addition, the entire weapon system for infantry units has been completely reworked. 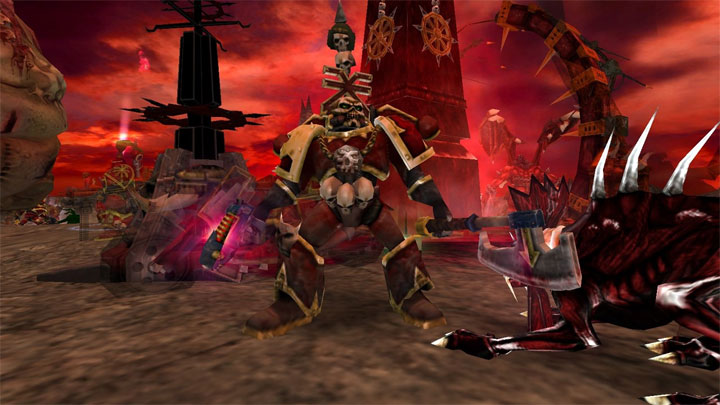 The mod is one of the most important projects keeping Warhammer 40,000: Dawn of War - Soulstorm alive.

Importantly, all this is available through one simple installer (before you run it, prepare yourself about 15 GB of free disk space). Many large mods for Soulstorm requires installing several other projects beforehand, so it's not easy for newcomers to get started. However, Ultimate Apocalypse offers have everything right away in a single package. However, it doesn't mean that you can't add other things to it. In addition to the aforementioned Tyranid Mod project also works with many other modifications, including the popular FreeUI.

For those unfamiliar with the mod, it is worth explaining that Ultimate Apocalypse significantly increases the scale of battles, enabling us to command much more troops and use superweapons. The mod also introduces new units, buildings, skills and options to change weapons. The AI and infiltration system have also been improved, and giant walking machines known as Titans have been introduced to the battlefield.

In practice, the mod enables us to fight battles much more reminiscent of those from the Warhammer 40,000 universe books than the standard version of the game. The gameplay is very different from classic Soulstorm but it remains equally enjoyable. So it's no wonder that Ultimate Apocalypse hasn't left the top ten of the most popular modifications on Mod DB for years.

Chinese Giant Goes Bankrupt - is Chip Market in For a Shock?