The release of Deathloop seemed to be just around the corner. We were supposed to play Arkane Studios' FPS already on May 21. Unfortunately, this date is no longer valid. Developers have announced that their latest game will be available only on September 14. This is the second delay of Deathloop's launch. The first time it was done in August, last year. 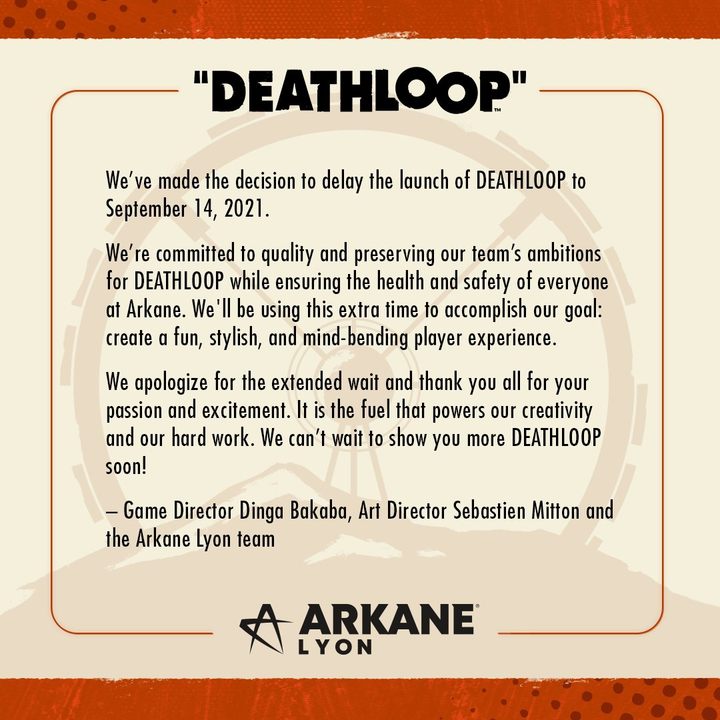 The developers informed about the change in an official statement, in which they convey that the decision is dictated by concern for the health of employees and the quality of the game.