Blizzard Entertainment confirmed that the first phase of tech alpha testing for Diablo II: Resurrected will take place this weekend, i.e. from April 9 to April 12.

The trial version will include the first two acts of the original game. There will be an option to face the evil as a barbarian, amazon or sorceress. What's important, during the tech alpha there will be no level cap, so we'll get a chance to create a really strong character if we give it a bit of effort.

Earlier last month, Blizzard Entertainment announced that Diablo II: Resurrected will undergo two phases of so-called tech alpha testing. It looks like we found out when the first of them will take place, at least in South Korea. The local committee, which rates video game content, has approved their date for April 9-13, which is from next Friday to Tuesday. As we read in the announcement, 19,999 people over the age of eighteen will participate, randomly selected from those who signed up on this website (via Blizzplanet). 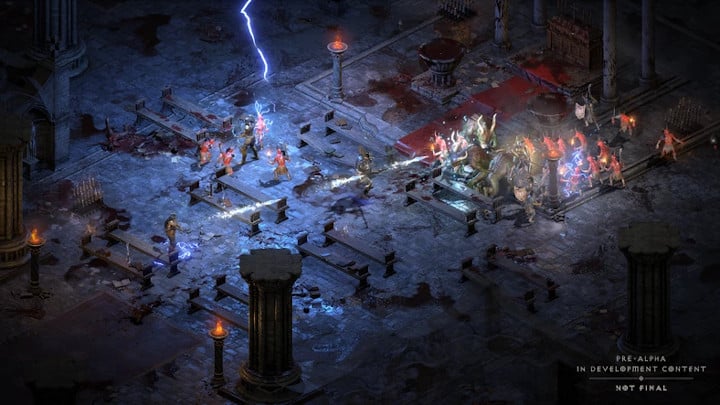 It looks like selected people will soon be able to check out Diablo II: Resurrected in person.

Unfortunately, it's unknown whether the date given by the South Korean committee for the tech alpha testing of the remake of the iconic hack'n'slash from 2000 also applies to the rest of the world. This means we can only wait for an official announcement.

As previously announced, the first phase of tech alpha testing for Diablo II: Resurrected will focus on the single player campaign. Unfortunately, it was not yet announced what part of it will be presented to players in the early version. The second stage of testing will revolve around multiplayer mode. During it, developers will test the stability and performance of the game's network infrastructure.

We remind that Diablo II: Resurrected is coming to PC, PlayStation 4, PlayStation 5, Xbox One, Xbox Series X and Nintendo Switch. Pre-orders can be placed now. It is available in two editions - Basic Edition, costing $39.99 and the so-called Prime Evil Collection, which includes Diablo III with Reaper of Souls and Awakening of the Necromancers, priced at $58.99. More details can be found here.

New Arma III DLC Will Take Us to Vietnam