Diablo Immortal players have noticed, that the game files contain an image of a new Emblem. It had a different shape and color (orange) from the Emblems already in the game. They began to speculate whether this meant the introduction of entirely new gems or minor gameplay changes. With answers came the lead designer of Diablo Immortal, who clarified the matter. 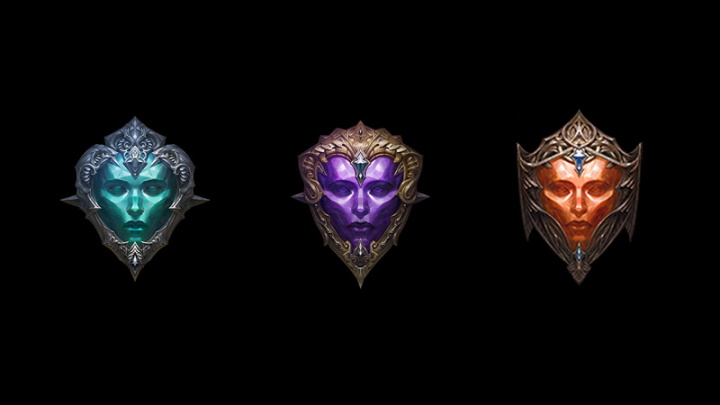 From left: the Rare, Legendary and the new orange Emblem. Source: Reddit, mountarreat

You won't mistake them now

Emblems are items that can be used in Ancient Rifts. They vary in rarity; so far there are three types in the game: Rare, Legendary and Eternal Legendary Emblem. The last two are not difficult to confuse with each other - they literally look the same. Although they don't differ in what they provide (including one Legendary Gem), the problem arises when you want to sell the items gained with these modifiers. If playing with even one Ordinary Legendary Emblem, we will not be able to get rich. Using Emblems can therefore be problematic for players, even more so if they set out to gather money.

And this is where the recently discovered image comes in. As stated by wyattcheng (chief designer), this is not a completely new item. The Orange Emblem will simply replace the Legendary one, so that it can be more easily distinguished from the Eternal Legendary Emblem. According to the chief designer, the developers are doing this so:

"(...) the players know exactly what they were buying and using before entering Ancient Rifts." 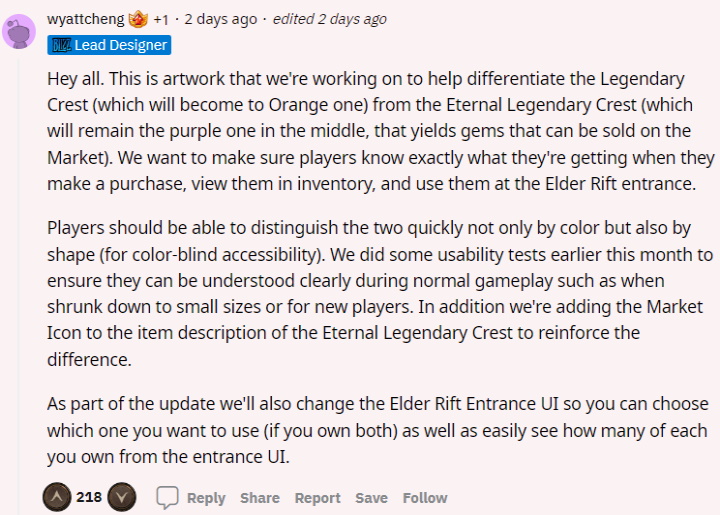 Emblems are to vary in shape to also make them easier to recognize for color-blind players. In addition, the interface for entering the Ancient Rifts is to be changed in the update. And that's it, no gameplay changes or new mechanics related to the orange Emblem.

All changes are very much useful for Diablo Immortal players. However, we do not know when they will be implemented in the game. So for a while yet the players will have to agonize over the confusing appearance of Emblems.

Another Confirmation: Fate of System Shock 3 Depends on Tencent

How to Get Exocraft in NMS?

Terraria 2 is Being Made After All? Map Concept Revealed

Starfield Will be Huge and Give Us Food for Thought

Pinocchio is Just a Beautiful Pretext; Lies of P Devs on Their Motivations

The Sims 4 More Columns - How to Download and Install It?