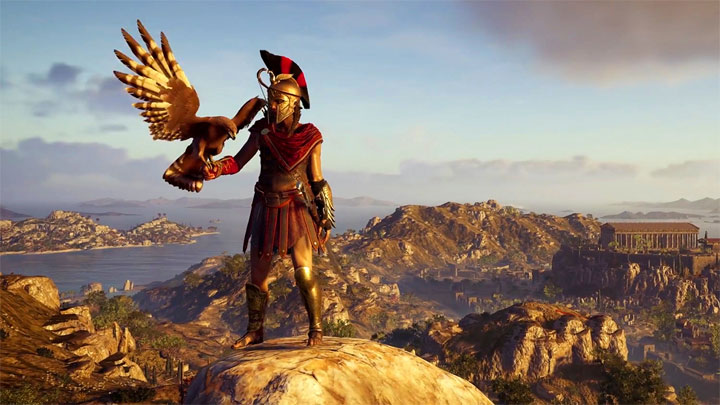 Assassin's Creed Odyssey turned out to be a great commercial success, but there's no shortage of fans who didn't like the expansion of fantastic elements and RPG mechanics.

The official reddit of Assassin's Creed hosted an interesting discussion about the hypothetical reboot of the series. It should be emphasized that it's about long-term development of the franchise, as the next installment of the series is already at a very advanced stage of development.

The discussion was organized by the so-called Mentors Guild, a group of fans chosen by Ubisoft to mediate the interactions between the rest of the community and developers.

Mentor's Guild asked the questions, but the role of this group makes the answers go straight to the developers. The emergence of a discussion suggests that Ubisoft may consider a reboot of the series. It would make sense, because the background of the series connected with the civilization of Isu has become very confusing and it is difficult to catch up with even for the devoted fans of the franchise.

Many fans have already given their answers and they are very diverse. Many of them complain about more fantastic elements in Assassin's Creed Odyssey, especially the hero's superpowers. A lot of people would like to focus mainly on the historical part of the franchise, but there are also a lot of fans reminding us that this is exactly what Assassin's Creed: Unity was criticized for. Among the elements of the series that fans would like to keep the most in the reboot are hidden blades and assassins themselves.

Opinions are also divided in the context of the gameplay. Judging by the sales results, the series' turn towards RPG was a success, but in the discussion many people would like to remove the story choices and replace the development tree with unlocking abilities automatically as the story progresses.

However, everyone agrees that the series needs a return to a more sophisticated parkour system and that Assassin's Creed: Unity is given as the gold standard within the cycle.

GreedFall Will Last For 30-45 hours; Number of Endings Revealed