As we learned unofficially from sources close to Techland, "Stay Human" is the marketing slogan that will accompany the game's advertising campaign. It can be compared to the slogan "Good Night, Good Luck", which in turn was used for the first game. In this sense, the words "Stay Human" may appear on the game's box, exactly as they did for the prequel, but that doesn't mean it's an official subtitle, at least for now. This also mean it's not a separate game.

Polish studio Techland is still hard at work on Dying Light 2, the sequel to the first-person zombie action game from six years ago. Unfortunately, so far we don't have any new official reports about it. However, it doesn't mean that no interesting things have happened around the game recently. Techland registered - both in the United States and Europe - the trademark "Dying Light 2 Stay Human". You can find the relevant applications and their statuses here and here. 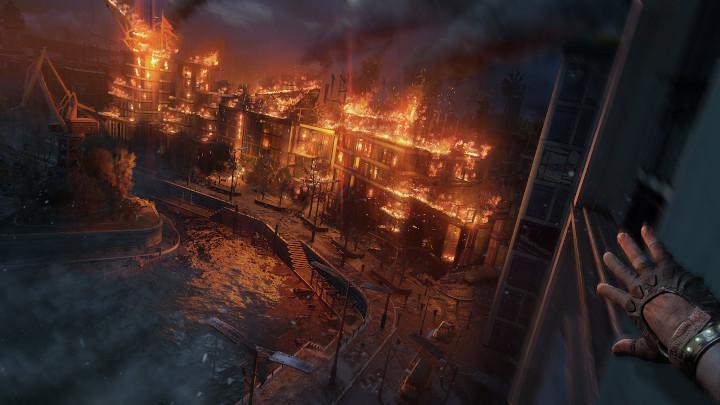 In the world of Dying Light, staying human, literally and figuratively, is extremely difficult.

So far, it is not officially known what "Dying Light 2 Stay Human" refers to. It may just be a simple advertising slogan that can be found on new posters and trailers. However, the classification of the trademark in Europe may attract attention. It has been assigned to categories 9 and 41. Here is a description of the latter:

This might therefore suggest that the phrase "Dying Light 2 Stay Human" is related to some form of online gameplay. But what's the truth? We should find out soon.

As a reminder, Dying Light 2 is coming to PC, PlayStation 4, PlayStation 5, Xbox One and Xbox Series X/S. According to current plans, the title is expected to debut later this year.