Piranha Bytes Björn Pankratz and Harald Iken revealed a bunch of new detailes on Elex in an interview for Rocket Beans TV (listed by a Reddit user). Let us just briefly mention the most interesting ones. The next action RPG from the creators of Gothic and Risen series is going to offer 50-80 hours of gameplay and a map 1,5 larger than in Gothic 3. When it comes to the open world structure, among their inspirations Piranha Bytes name Mad Max, Fallout and The Witcher. The game is to feature a single continent made up of several different biomes  from sandy, through grassy, to snowy  without loadings between individual regions. Thanks to the jet pack you will be able to go anywhere you see, with only sea and mountains being the border. 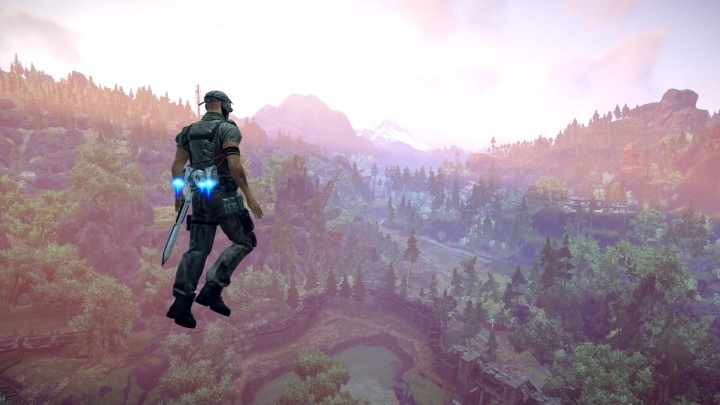 Jet pack will enable you to go wherever you want.

Elex will feature a human vs. synthetic morality system, but the division between good and evil will not be clear-cut  some human-like behaviors are bad, while cold calculation may result in morally positive outcomes. Your character will be able to gain typical skills, however, some perks will be faction-exclusive (e.g. The Outlaws will teach you how to craft your own ammo).

Piranha Bytes are currently focused on delivering the best experience possible, although they are a small studio. To all those worried about the current quality of animations, as seen in the latest gamescom gameplay footage  the developers promise to continue polishing that aspect until the release. Having so much on their plate, they arent planning on any post-launch DLCs, but are also unable to deliver modding support.