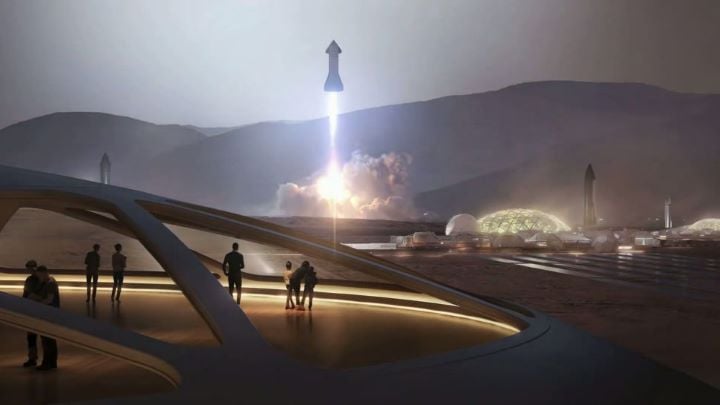 The colonists will die on an alien planet, but is that really so terrible?

The boss of SpaceX has been sharing his plans for Mars colonization for several years noe. But now he has announced that those who fly to the red planet will most likely die on it. This doesn't mean, however, that it's not worth going into space once the journey is possible. If everything goes according to plan, death beyond Earth may turn out to be quite an "ordinary" kind of departure. Tesla's CEO pointed out that reusable rockets and a comprehensive life support system are his priorities in the Mars colonization project.

But not only Musk is working to support the new life on Mars. NASA has already equipped the International Space Station (ISS) with appropriate systems, and is currently working on another advanced project.

According to the official website of the organization, Advanced Life Support (ALS) will include, among other things, the technology needed to revitalize the atmosphere, obtain water, recover resources and produce food. It will also require medical care and efficient construction of shelters, as well as a way to fix everything. The solution will be to send the basic resources from Earth, that is, materials from which Martians will be able to produce necessary medicines and other items.

But there is still time for all this. The first Martian city will not stand for the next 20 years, and the flights will not start until SpaceX moves the necessary materials to the planet to build a colony, and this, according to CNBC, will require hundreds of missions. So, have you decided you're going to Mars yet or wait for more information?