Paradox Development Studio is known for the intensive post-release support of its games, and one of their most supported games is Europa Universalis IV. The game was released back in 2013 and since then, as much as 12 expansions (not counting minor DLCs) have been released to the game, which deepened its mechanics. The time has come for the DLC number 13 (who's superstitious?), titled Emperor. The exact date of its release is not yet known, but it has been narrowed down to 2020.

The latest DLC is intended to flesh out religious aspects. A new religious movement - Hussitism originating in Bogemia - will be introduced to the game. We can also expect to increased influence of the popes who will be able to appoint cardinals or issue bulls. The game will pose new challenges in managing the Holy Roman Empire and fighting various social unrest. And that's not all what's new. 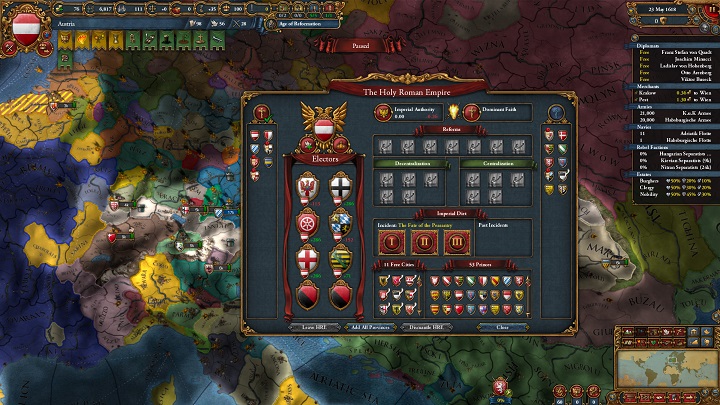 Holy Roman Empire - a true power or a giant with feet of clay?

Many fans of the franchise will notice that the announcement of the Emperor expansion is not a big surprise, if any at all. The devs atf Paradox Development Studio are known for keeping development logs where they share information about their projects with the community. Those following the Paradox message boards could read about the first plans to produce the expansion as early as December 2018. The real surprise is that it has been in existence for so long (in the original plans it was supposed to appear at the end of 2019).

One can speculate that this has to do with the company's previous big expansion - Dharma. The DLC was focused on India and was supposed to deepen the gameplay for those who wanted to play in that area. However, the fans criticized the production for its price (19,99 USD), disproportionate to the amount of content it offered, and the accusations also concerned the quality of the content itself - on Steam, the expansion got only 34% of positive opinions. Although the developers report that despite this Dharma was a success (financially, of course), bad PR could have made the company create a bigger, more elaborate and time consuming title - time will tell. 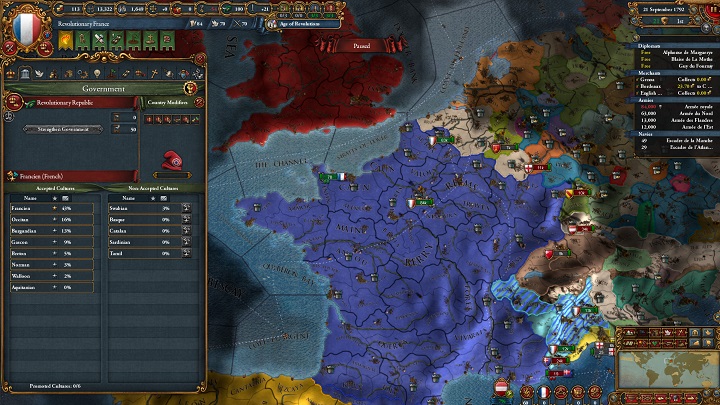 They say there are also supposed to be some changes in the appearance of the map.

If you're thinking about buying Europa Universalis IV, or have the game, but are overwhelmed by the huge amount of add-ons and the ton of money you have to spend on them, You may finr comfort in the fact that Paradox is working on a solution. In January we wrote that a form of subscription is being developed, which would initially cost around $5 a month.