Modern Times Group has sold the e-sports organization Electronic Sports League (ESL) to Saudi company Savvy Gaming Group. At the same time, as we can read on Twitter, FACEIT merged with ESL to form the ESL FACEIT Group. The total amount of the transaction is one billion dollars (over 4 billion PLN).

"We are very excited to share with all of you that today we are merging with ESL to form the ESL FACEIT Group. Together with our combined resources we will improve our existing products and develop innovative initiatives for players, teams and fans. 10 years ago we started a project with an ambition to create an open, accessible platform for competitive gaming. We want to thank all players and partners who have been part of this incredible journey," reads the post on FACEIT's Twitter account. 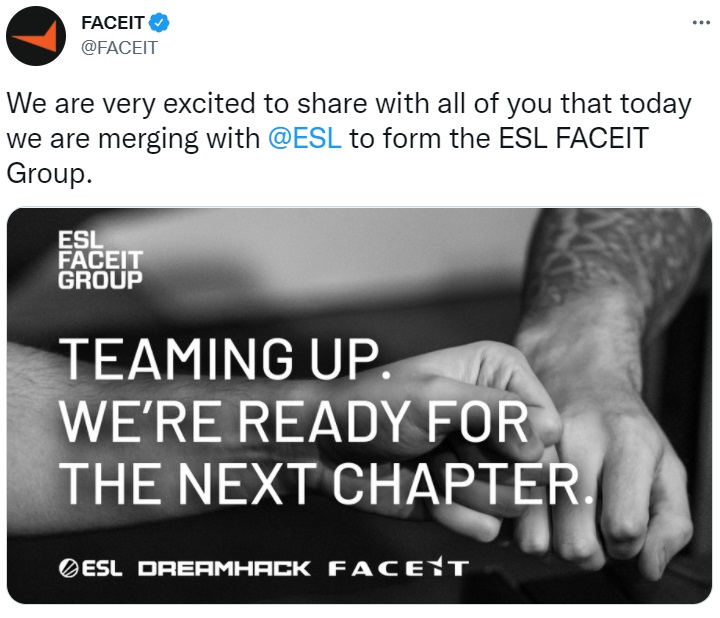 It is worth noting that Savvy Gaming Group is financially backed by the Saudi Arabian government. The same Public Investment Fund (PIF) recently purchased the Newcastle United football club. The Saudi PIF, which reinvests oil revenues, is considered one of the world's largest such creations.

The fund is headed by Crown Prince Muhammad ibn Salman. He has been suspected by the CIA and Turkish investigators, among others, for ordering the 2018 murder of journalist Jamal Khashoggi, which took place at the Saudi consulate in Istanbul. Because of this, and the violations of the Universal Declaration of Human Rights in Saudi Arabia, many people are not enthusiastic about the acquisition of ESL by a PIF subsidiary. Similar sentiments were common with the purchase of Newcastle United - although the team's new owners have insisted they have no close links to the Saudi government.

The fund is also run by businessman Yasir Al-Rumayyan, who sits on the boards of Uber, SoftBank Group and Reliance Industries, which is the largest company listed on the Indian stock exchange. Few people realize that PIF also ows stock of such companies as Disney, Facebook and Starbucks - and that's probably just the tip of the iceberg.

Many players and observers of the esports scene don't seem thrilled with the deal. A lively discussion about it arose on Reddit. There is no shortage of extreme opinions and disappointment with the current situation. Users raise issues such as the legal situation of women in Saudi Arabia and predict the end of female esports competitions. However, some players are of a different opinion.

"I received information that the female league is expanding to the South American region," wrote PuzzleheadedPainOuch.

"This does not surprise me. [Saudi Arabia - ed.] likes such apparent moves to divert attention from the shockingly bad situation of women in that country," replied General_Scipio.

Other "premier" organizers of esports events could not compare to ESL even before the merger with FACEIT. So the situation could prove difficult for companies like Major League Gaming, Gfinity and Blast Premier.