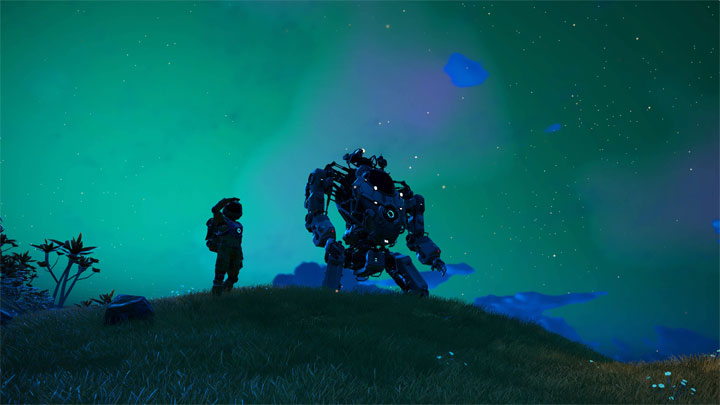 April's mech update is not the end of the game.

More than three years have passed since the launch of No Man's Sky, and yet the authors do not intend to abandon their project. On the official blog, Hello Games informed that further ambitious updates are planned for 2020, which will enrich the game world with new elements.

Such a declaration is most welcome, as No Man's Sky is currently very popular. According to Steam Charts, yesterday's game activity record on Steamm was 12 thousand people. What is more, in the last 30 days the average number of people playing simultaneously was 10 thousand. This result is almost twice as high as in March. Partially responsible for this is the coronavirus situation, but the April update, which introduced the possibility of piloting mechs, is also a big part of the number.

As a reminder, No Man's Sky was released in August 2016 on PlayStation 4 and PC, and two years later the production went to Xbox One. Initially, the title was considered a big disappointment, but the devs didn't give up and spent the following years on laborious fixing and expansion. The effect turned out to be excellent. After many updates it is a completely different and much better game, and the creators managed to regain player' favor.

Last year was exceptionally successful for No Man's Sky, because in August the game received a big update called Beyond and in November a big patch titled Synthesis was released. The beginning of 2020 also brought a lot of new things. Apart from the aforementioned mechs, the devs added organic ships to the game.

The changes in the last several months were so big that no one would blame the developers if they focused on new games. That is why the declaration of further development of No Man's Sky is most welcome.