Hello Games is not thinking of dropping the pace of No Man's Sky's development. More than three years after its disastrous launch, this space simulator still regularly receives free content. Today, another update for PC, PlayStation 4 and Xbox One made its debut, offering some new features and content. Its main attraction is the first new ship in nearly two years (i.e. since the Atlas Rises update). It is very different from those already in the game. For it is... alive.

The extraordinary creatures, inside of which we will be able to travel through space are the result of experiments of the Korvax race. The history of their creation will be revealed through a special series of missions. New ships are bred and cannot be improved in the same traditional way as other machines. Instead, each of them is "born" with an individual system of organs, defining its attributes. If we want to increase one of them, it will be necessary to properly take care of our "shipmate". 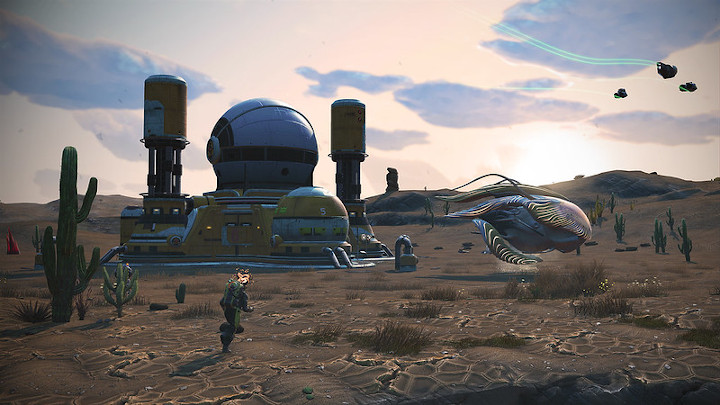 Thanks to the new update No Man's Sky has some interesting features.

All new organic ships will be generated procedurally. Thanks to this, every contact with them should be a fresh, slightly psychedelic experience. We can feel certain surrealism especially when we sit in the cockpit of such a vessel. And if we decide to play in the VR, then being in the living interior of the ship is supposed to make a truly lightning and disturbing impression. At least that's what the creators think.

However, a new series of missions and organic ships are not all that came to No Man's Sky with today's update. As the creators informed, new random encounters, alien life forms and mysterious objects appeared in the game space with it. All this is waiting to be discovered by the players.

Today's update is the first new content patch for No Man's Sky this year. We can expect more soon. Hello Games has slightly changed its production development strategy. Between larger updated there will be smaller patches adding some new features to the production. The creators decided to adopt this approach because they don't want to make the impression of months of silence between the next big upgrades.