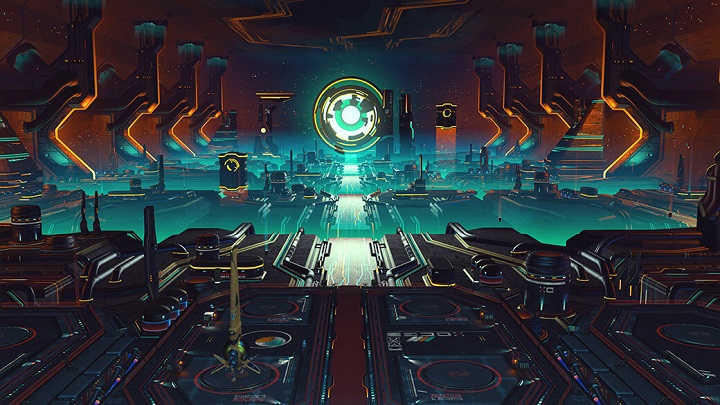 As announced, today marks the release of Beyond, the third major update for No Man's Sky. The update is now available on PCs, Xbox One and PlayStation 4. The launch was accompanied by a new trailer that briefly introduces some of the new features of the add-on. You can watch the video below.

No Man's Sky: Beyond - the most important novelties:

Hello Games has promised that the third expansion of their space simulator will be the largest ever. Thus, it was supposed to outbid even the outstanding NEXT, which persuaded many people disappointed with the original state of the game to return. Two of the attractions of the update were known even before the launch. The first one is the multiplayer mode, significantly modified in Beyond. From now on, the No Man's Sky universe has a single session with not four, but eight players on consoles and thirty-two on PCs. Moreover, the Space Anomaly is now a community center that allows sixteen wanderers to meet regardless of where they were before entering the station. The latter is important because the creators gave us the possibility to summon Anomaly to any place in space (if they have already discovered it during exploration). 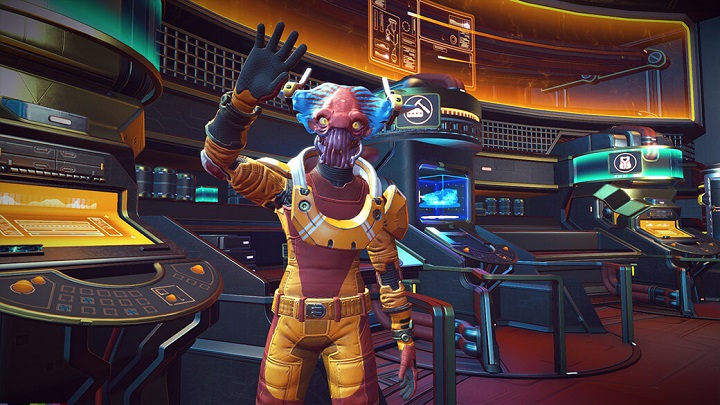 Citizens of the No Man's Sky universe welcome you to the new update.

An interesting novelty is another teleporter on Space Anomaly, which allows you to visit the player bases. This applies mainly to those present at the station at the moment, but the creators also intend to distinguish the most interesting designs of the community. There have also been changes in the system of multiplayer tasks, available from now on in the new location on the station - Nexus. By the way, the devs modified the mission interface to make it easier to find people willing to play together. A big improvement is also the automatic transfer of the character to the target location of the task after leaving the station. In addition, new types of challenges have emerged, such as those that require building a base. The devs have also added more options for interaction between players and the ability to see the appearance of characters and ships during casual matches. 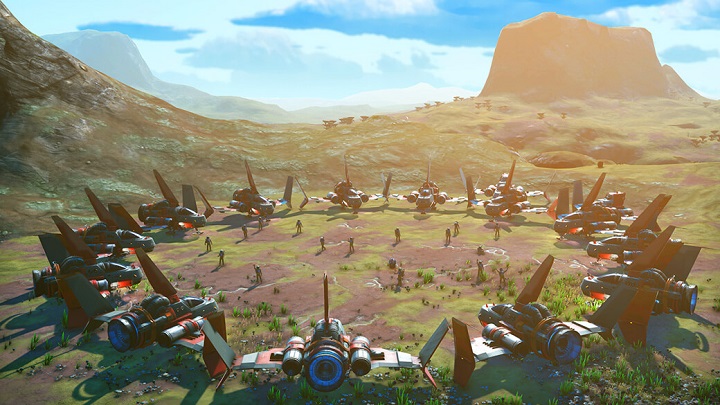 There's no shortage of new features in multiplayer mode.

...a handful of improvements...

Before the debut of Beyond, the devs assured that the update will include three main additions: the aforementioned changes in multiplayer mode, support for virtual reality (see below) and the third, then undisclosed element. However, I guess they missed the mark a little bit, because the remaining novelties would suffice for at least one more update. Many of them are designed to make the game easier for newcomers, such as large modifications to the tutorial and initial missions to better explain the game's basics. However, other changes will be appreciated by both beginners and NMS veterans. We should mention the introduction of a technology tree for all research and crafting, which makes it easier to plan the development of the hero, ship or base. Similarly, the map of the galaxy and the journal of discoveries have been changed to make them more transparent. 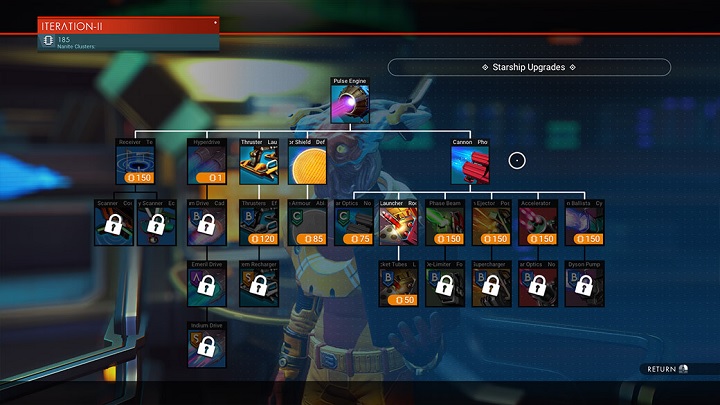 Hello Games has made every effort to make it easier to play No Man's Sky.

Also during the creation of bases the devs decided to make the life of space travellers a little easier. Beyond introduces a special camera used in the construction of an outpost, as well as visual tips to suggest where we can add an interesting element. However, the changes are not limited to pure aesthetics. New structural elements are available, including generators based on natural energy and parts necessary for the extraction of underground resources. The former is also connected with the introduction of cabling, which can be used to power the base or - as suggested by the creators themselves - create more interesting (though impractical) structures. The newly introduced short range teleportation system will also help in this respect, by default designed to make it easier to move around our facility. 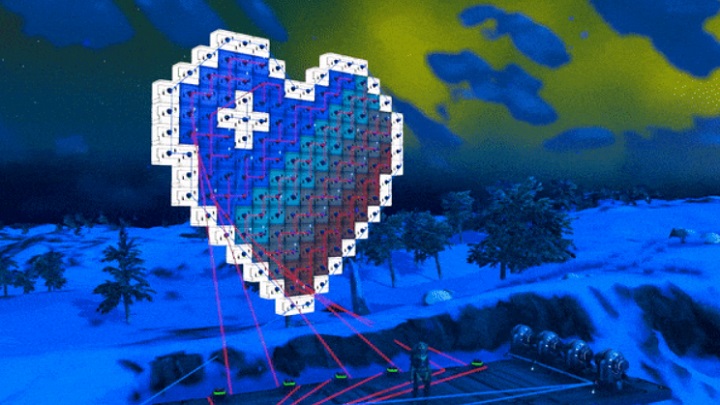 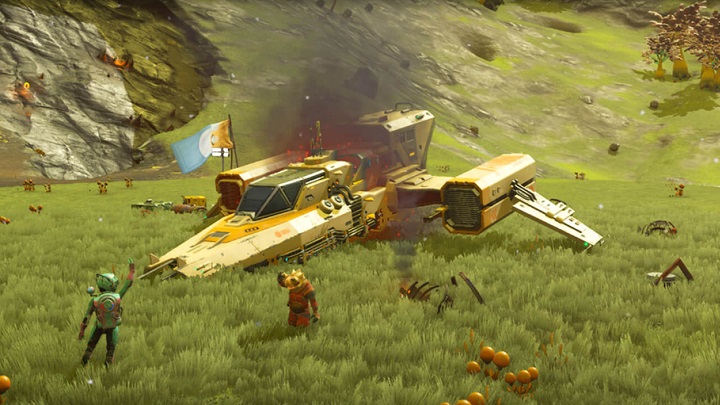 Encounters with NPCs are much more interesting after the debut of the new update.

Although the changes in the multiplayer mode were welcomed, the devs also took care to improve the interaction with the game itself. Beyond has added new story missions, including those related to two new independent heroes on the Space Anomaly - Nada and Polo. These are not the only new guests at the station, although most of the others are focused on offering a variety of services. More importantly, however, the update has breathed life into the NPCs. Characters can move freely on stations and planets, and their repertoire is full of new animations and activities. The aliens will mind their own business, although many of them will respond to the gestures of the players.

The fauna in the No Man's Sky universe has not been forgotten either. Hunters can obtain new raw materials from hunted game, but nothing stands in the way of taming a creature with a delicacy that allows us to obtain other products (for example, milk). Such a tame pet can also be used as a mount, although we should not count on blind obedience of our "steed". 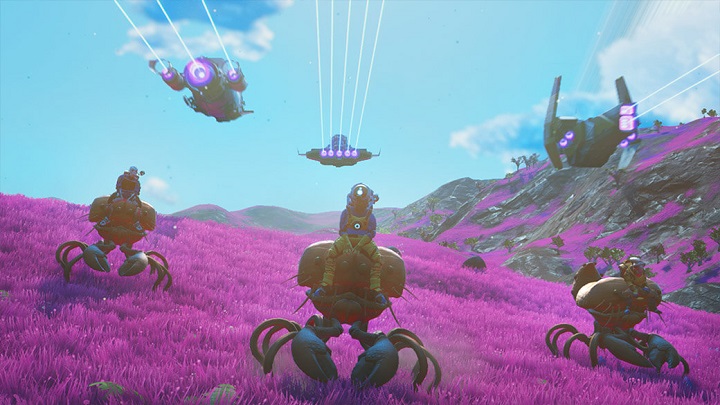 A team of alien crabs enters the action.

It's not over yet.

The novelties do not end with the aforementioned changes. There is also the VR mode for PC and PlayStation 4, which supports motion controllers and can be toggled at any time without interrupting the game. There are also various improvements in the game balance (including controls and equipment), foreign languages (e.g. introduction of a modest translator built into the suit) and various technical (optimization, changing OpenGL libraries to Vulcan, etc.) and visual (e.g. refreshed cockpit appearance) improvements. One can only wonder how the Hello Games team intends to outbidBeyond in the next update (if any). The full (and very long) list of changes can be found on the official website of the title. 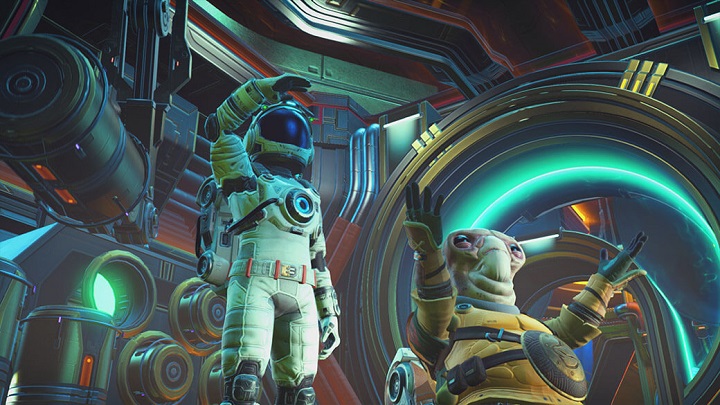 What's next with No Man's Sky? Only the creators know that.
video gamespatches and updates sandbox space simulators Hello Games PCPS4XONE

System Shock 2 NewDark, or  How a Fan Resurrected the Iconic Game