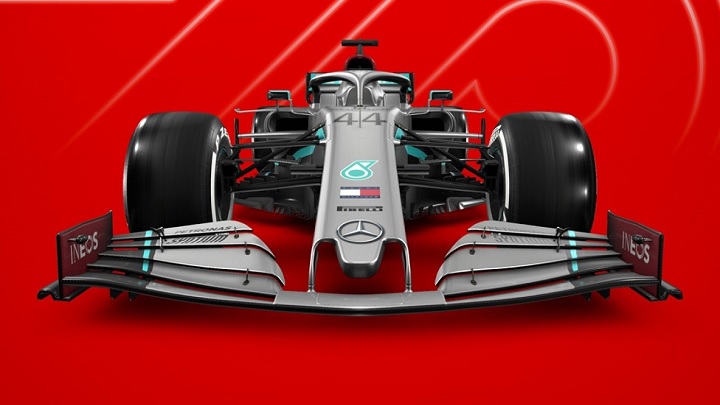 The new game on F1 license was probably announced for the first time before the start of the next season.

As every year, Codemasters is preparing a new installment of the official Formula 1 game series. The newly revealedF1 2020 will make its debut on July 10 on PC, Xbox One and PlayStation 4. It will also be the first part of the series available on Google Stadia. The announcement is accompanied by a short trailer showing the new cars we'll see in thegame.

Last year we received a handful of new features, including the Formula 2 competition. This year's main feature will be the My Team mode, where as a driver+manager we will lead our team 11 to fight for the Formula 1 champion title. Players will also be able to choose a smaller number of races within the season, i.e. 10 or 16 instead of the full 22. These options will also be available in career mode. In addition, Codemasters intends to give us more freedom in the settings. This will enable us to customize the game according to our preferences, which will primarily make it easier to start the adventure with the title for newcomers without making the game too shallow for veterans. F1 2020 will also bring back the recently removed split screen mode for two people.

Codemasters is preparing something for Michael Schumacher fans.

So far, neither standard nor special edition prices have been given. The latter will take into account both the edition celebrating the 70th anniversary of Formula 1 and the one signed by the legendary driver Michael Schumacher. F1 2020: Michael Schumacher Deluxe Edition will include four cars used by the German driver: Jordan 191 (1991 season), Benetton B194 (1994), Benetton B195 (1995) and Ferrari F1-2000 (2000). Moreover, for placing a pre-order for any of these two editions we will receive a handful of exclusive content in the game. In case of PC, you can check the hardware requirements of the game before buying.