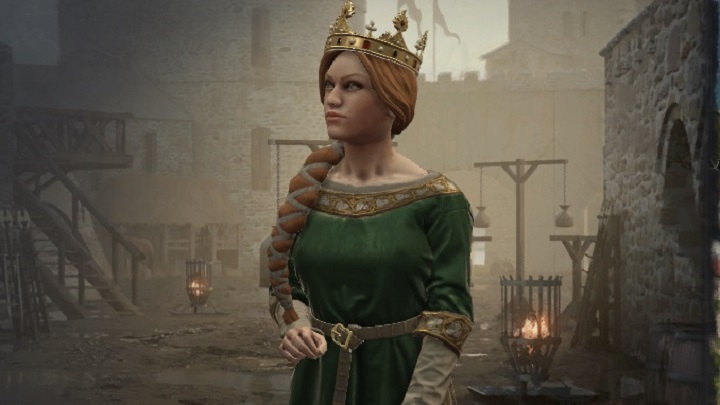 In Crusader Kings III nothing stands in the way of women ruling the world.
IN A NUTSHELL:

In the latest diary entry the developers of Crusader Kings III discuss game elements related to the creation of custom rulers: their gender, faith or even sexuality. As they indicated at the very beginning, this title will contain almost half of the world and will cover historical events from almost six centuries.

This means that a variety of cultures, beliefs, and characters will be seen in it. The goal of the developers is to provide historical diversity with its smallest details, but also to allow the players to play and create their own (not necessarily historically correct) cultural mixes, thanks to much more elaborate rules of the game.

Thus, for example, it will be possible to set up gender equality, thanks to which both men and women will have the same rights (just as it could be done in the second installment of the series), but nothing stands in the way of establishing the domination of only one of the genders. Moreover, the spouses of the rulers will be able to deal with a variety of matters during their absence from the kingdom, such as negotiations or recruitment of new units.

In the third installment of the series, the devs also intend to expand the sexual preferences options of the characters. Apart from being hetero- or homosexual (which has already appeared in the second part), the characters will now also be able to become bi- or even asexual. Children will discover their sexuality at the age of 10 (once set, it will not change). Such diversity is supposed to provide interesting intrigues, because it is faith that will decide whether the actions of characters with different preferences are a sin or even a crime (orientation alone cannot be considered a bad thing). Rules of the game will make it possible, among others, to set the acceptance of same-sex relationships and the universality of given orientations.

The system of faith in the game is also to be much more extensive. It is worth noting that all the religions will be unlocked from the very beginning, and each of them will have different, positive or negative, impact on the game. Many new beliefs will also be added: e.g. African bori, akom or waaqism, and e.g. Hinduism will be divided into seven slightly different religions (depending on the region). The players will, of course, be able to create their own faiths, as well as adjust them during the game (e.g. make each of them accepted in the world, or assign them completely randomly).

The ethnic origin of the characters and related elements will also be improved - among others, children of couples from different regions will have something from both parents in appearance and there will be noticeable differences between portraits of characters of different origin. However, we will learn much more about this in one of the next diary entries.

Crusader Kings III is scheduled to be released in 2020 on Steam and as part of Xbox Game Pass service. The devs claim that the game will not be a revolution, but rather an evolution of the mechanics known from the second installment. They also want the game to be more accessible and not make things difficultdue to complicated interface.